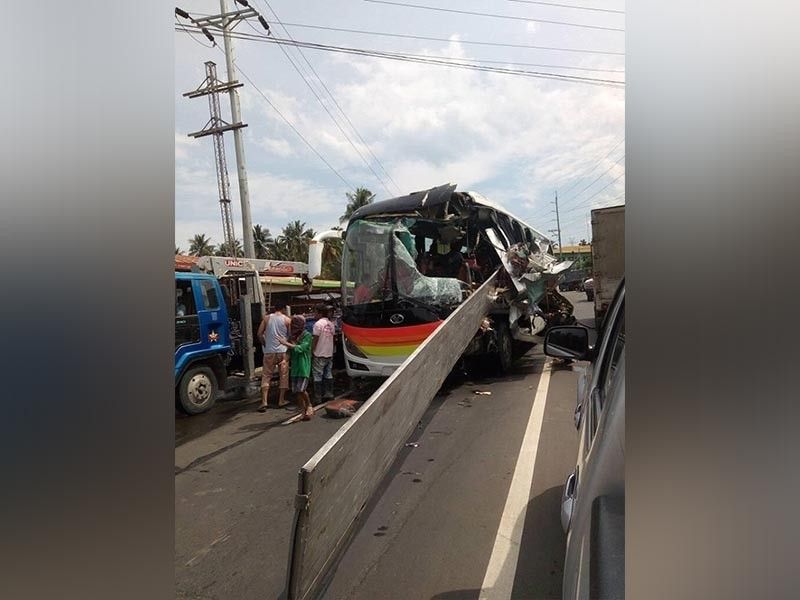 FOUR persons were confirmed dead, while 15 others are recuperating in a hospital after a fatal crash Tuesday afternoon, September 10, along McArthur Highway, Central 1 in Barangay Binugao, Toril, Davao City.

In a press briefing Wednesday, September 11, at The Royal Mandaya Hotel, Davao City Police Office (DCPO) spokesperson Police Captain Nolan Tagsip said that as of Wednesday, the death toll rose to four after three of those who were rushed to the hospital perished.

An unidentified female was also declared dead while undergoing treatment.

The cadavers of the victims are currently at the Southern Philippines Medical Center.

Based on initial investigation, both vehicles were traveling in opposite directions. The wing van was traveling from the north going to the south, while the bus was from the south heading to Davao City proper.

Both vehicles were occupying the inner lane of the highway and crashed when they reached the area of incident.

Due to the strong impact, the left sidewall of Hino truck was detached and attached to the left side of the bus, resulting in injuries to the bus driver and the passengers, as well as the death of four passengers.

Both vehicles were temporarily withheld at DCPO for further investigation and proper disposition, while the cadaver of the victims were brought to TCC Funeral Homes, McArthur Highway, Barangay Lizada Toril, Davao City.

Tagsip said the drivers of both vehicles are currently under the custody of Toril Police Station while waiting for complainants before the filing of cases against them.