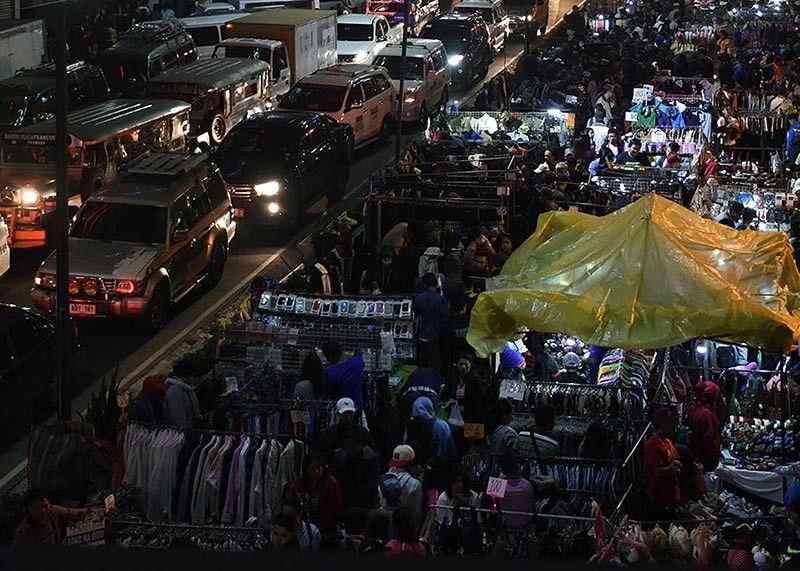 BAGUIO. The Baguio City Council is mulling to install uniformed tents at the night market along Harrison Road to give a semblance of order and to increase the area where buyers can move around comfortably. (SSB file photo)

A PROPOSAL to have uniform tents for the night market is now being taken into consideration.

Councilor Philian Allan-Weygan in her proposed measure seeking to give uniformity to night market vendors has been deferred pending talks with the mayor.

But the city council feared a uniform tent for market vendors will make the nightly bazaar permanent prompting the body to set aside the measure for the next meeting.

Allan said the idea for uniform tents was requested by Mayor Benjamin Magalong.

“The night market thrives, rain or shine with the use of unpresentable covering, thus needing a gazebo type of market tent to give a semblance of order and to increase the area where buyers can move around comfortably,” she said.

Allan said it was through Administrative Order 015-2002 signed by former Mayor Bernardo Vergara which authorized the conduct of an experimental night market in the City of Baguio with the main purpose of giving income to vendors.

“Through the years, the night market has expanded to accommodate 1067 vendors remitting P367,670 each week with an average of P1.4 million collection per year as reported by the City Treasurer market monitoring,” Allan added.

Allan continued vendors of the City Market Authority and proponents of tent providers should agree on the color scheme, financial package and other details of setting up to tents.

Under the resolution, the chosen provider of tents should comply with the necessary business permits and licenses for the setting up of uniform market tents.