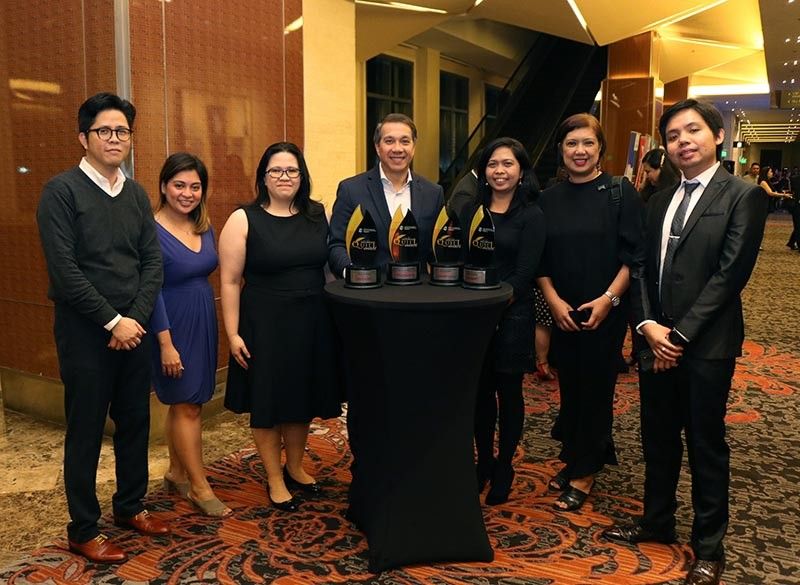 AYALA Foundation was recognized for its communications initiatives during the awards night of IABC Philippines’ Quill Awards held at the Marriott Grand Ballroom in Pasay City recently.

Ayala Foundation received awards of merit for a total of four communication tools, the 2017 annual report To Reach New Heights and the book Crescent Hopes; the Bangsamoro Young Leaders Program–Leadership Communities in the Publications category; the exhibit Bursting at the Seams: Philippine Detention Centers for special and experiential events; and the Diorama VR Experience project in the audio/visual category.

The 2017 annual report, highlighted the results of Ayala Foundation’s efforts toward enabling communities where people are productive, creative, self-reliant, and proud to be Filipino.

Carrying the title, To Reach New Heights, the report showed how the foundation served its stakeholders better, faster, and stronger in 2017, and how it intended to continue doing it in the years to come.

Meanwhile, Crescent Hopes documented the inspiring journey of young men and women from the former Autonomous Region of Muslim Mindanao, who participated in the program Bangsamoro Young Leaders Program–Leadership Communities implemented by Ayala Foundation, the former ARMM–Office of the Regional Governor, and the Eisenhower Fellows Association of the Philippines.

It also aimed to open the eyes of the viewers on the realities experienced by those who are incarcerated and to make them reflect on what it means to be humane.

The Diorama VR Experience, on the other hand, is the forward-looking transformation of the Ayala Museum’s beloved Dioramas of Philippine History.

The 360-degree, fully immersive VR experience covered four key events in the lives of Emilio Aguinaldo and Andres Bonifacio—the Cry of Pugad Lawin, the Tejeros Convention, the Trial of Andres Bonifacio, and the Declaration of Philippine Independence. The VR video updates and futureproofs the Diorama Experience for the technology-savvy youths of today; and rekindles interest in Philippine history especially among today’s younger audiences, the so-called “digital natives.”

Ayala Foundation is the social development arm of the Ayala group of companies, with programs in such key areas as education, community leadership, suitable and sustainable livelihood, and arts and culture. (PR)