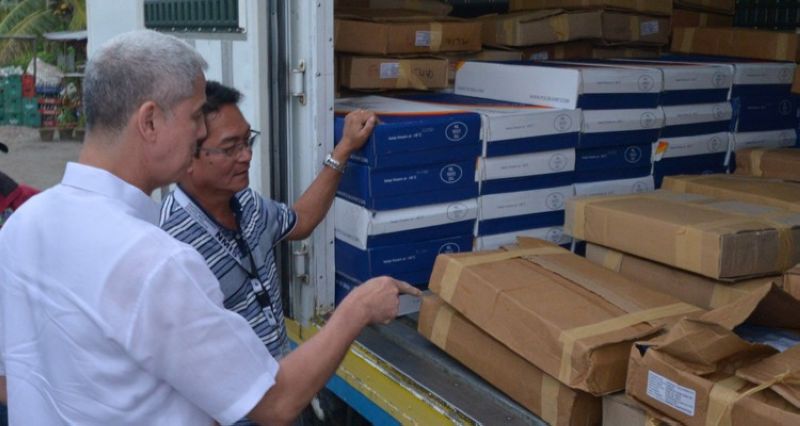 AMIDST fears of African Swine Fever (ASF), the Provincial Task Force against ASF temporarily bans the entry into the province of pork and processed and manufactured pork products from Luzon for a period of 90 days.

The resolution was passed by the Provincial Task Force on ASF which is chaired by Governor Eugenio Jose Lacson after the Department of Agriculture confirmed that there is indeed ASF in the country that has already attacked swine in Rizal Province.

The resolution states the need to protect the swine industry of the province that’s why the temporary ban was declared.

The resolution was passed as Lacson together with the members of the ASF Provincial Task Force personally checked the intercepted undocumented (illegal) shipment of around three tons of pork products from Germany at Bredco Port in Bacolod City.

Decena said the pork products worth about P500,000 were transported from Cebu and supposed to be shipped to Iloilo via Bredco Port at the reclamation area in the city.

“These are undocumented products so it will be confiscated and destroyed by burying the items two meters deep,” he added.

The Provincial Veterinary Office (PVO) has contacted the consignee of the products, which are found to be used as ingredients for chorizo, but the latter said “they forgot to process the necessary permits and other documents.”

Dr. Ryan Janoya, head of Animal Health and Meat Inspection Services Division of the PVO, said though Germany was not reportedly infected by ASF virus, pork products from there are banned in the country.

“Germany is situated near Poland, which is said to be ASF-infected,” he said, adding that the confiscated products will also be burned.

Lacson signed Resolution No. 19-03 urging hotel/resort/restaurant operators/owners in the province to refrain from disposing food wastes/leftovers that are used for swill feeding.

Lacson has been urging Negrenses to buy pork within the province and asked their respective families who are coming in to refrain from bringing pork and processed pork products from other provinces to avoid contamination of swine in the province.

Meanwhile, the Bacolod City Health Office (CHO) urged the Task Force Botagoy to intensify their operation against hot meat in various public markets in the city.

“The public is not encouraged to buy anything that is not slaughtered in the city’s slaughterhouse,” she said.

On Tuesday, about 27 kilos of hot meat were seized by Task Force Botagoy in Burgos Public Market.

Tan said the meat should undergo inspection at the city’s AVM Bernardo slaughterhouse in Barangay Handumanan.

“The meat with no certification from the city’s slaughterhouse will be considered hot meat and it’s not safe for consumption because it did not pass on inspection,” she said.

She added the consumers should check the meat inspection certificate before buying the product to ensure that it is safe for consumption.