The Clash returns with more exciting mix of contestants 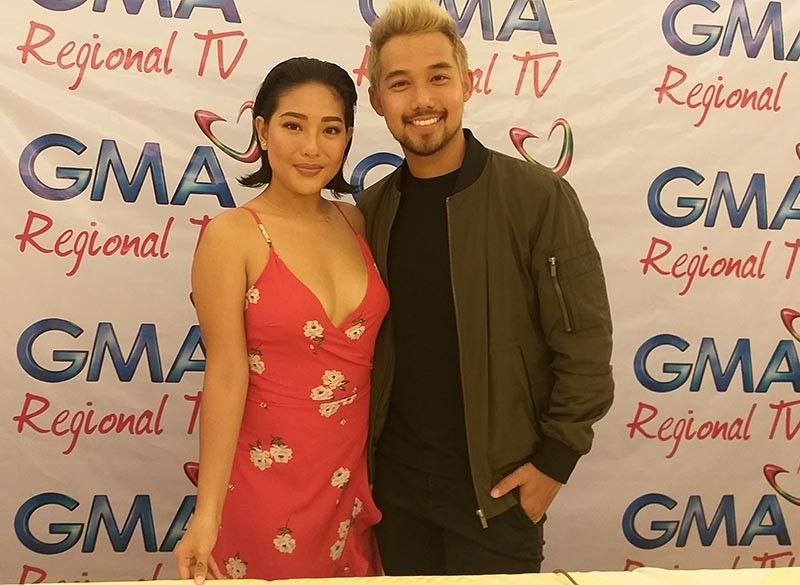 BACOLOD. The Clash Journey Hosts Rita Daniela and Ken Chan on the sidelines of the press conference at Planta Hotel in Bacolod City over the weekend. (Photo by Erwin P. Nicavera)

IT WILL be more exciting.

This was how Kapuso love team Ken Chan and Rita Daniela described the return of GMA Network’s original musical competition, The Clash.

Chan and Daniela, who will be this season’s journey hosts, said one thing that audience could expect from the competition is its more exciting mix of contestants.

The two artists joined thousands of Negrenses in celebrating the Minuluan Festival in Talisay City over the weekend.

Prior to the event, they faced local media in a press conference at Planta Hotel in Bacolod City.

There will be best of friends who will clash against each other. Audience can even expect a battle between family members like a mother against her child, they said, adding that also forming part of the 64 clashers will be a member of the LGBTQ+ community, a blind, and those from other countries, among other contestants.

For Chan, the competition gathers aspiring singers from all walks of life. It will tell different stories of people of different statuses, whether poor or rich, that can be a source of inspiration for all.

“As journey hosts, we will be concentrating on the stories, especially their hardships and struggles, of the clashers,” he said, adding that “I thought we will be the one giving lessons to the contestants but it is us that will learn from them, from their life stories.”

Daniela, who is also a product of a singing competition, said The Clash gives opportunity to all regardless of physical appearance.

Daniela said “no matter what you are as long as you want to sing, you have the chance.”

“Nakaka-excite kasi magaling silang lahat,” she exclaimed, adding that this competition proves that “if we just believe in ourselves, we can achieve something.”

When pressed about what makes The Clash special, they journey hosts said that aside from being an original concept, the competition has the “heart” to really give everyone the chance to sing and share their talent.

Meanwhile, Chan and Daniela said they are honored to be one of the four new hosts replacing Asia’s Song Bird Regine Velasquez, who is now with the other network.

“We cannot compare ourselves to her because she is Regine Velasquez. Instead, we make her as an inspiration to also do our best,” they added.