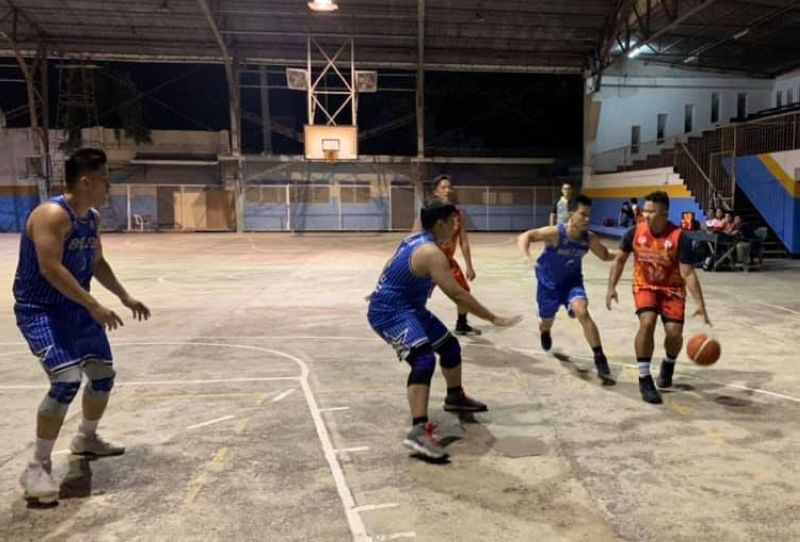 2008’s Ed Macasling is greeted by three defenders from 2004 on his way to the basket. (Contributed photo)

2008’s standout guard Ed Macasling still managed to tally 24 points and seven boards but got very little help from the rest of his teammates.

The 2006-Laptap Enterprises/Prince Warehouse also edged the 2000-Core Pacific, 46-43. 2006 was trailing for most of the game but took over in the fourth, thanks to Patrick Jacobe who scored consecutive buckets to give his team the lead for good, 41-38, with 3:17 to go.

Batch 2000 last threatened at 43-45 after a triple by Dave Ting with 53 seconds remaining, but Jacobe once again stepped up, hitting a free-throw to hold off their opponents and seal the victory.

Luis Yu led 2006 with 16 points while Jacobe nearly ended up with a double-double of nine points and eight rebounds.

Over in Division C, the 2013-iPak/Roble Shipping defeated the 2011-Chioson Development Corp., 76-66. Alphonsus Doyon put up solid numbers with 16 points, eight rebounds and five assists to help 2013 get the victory.