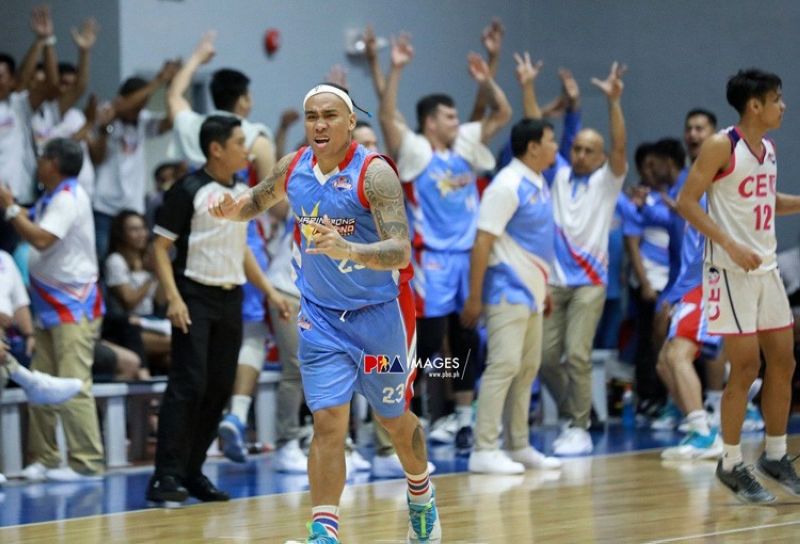 Cebuano guard Eloy Poligrates continued his stellar play after his release from the Cebu Sharks, this time scoring 19 points to lead Marinerong Pilipino past AMA and into the semifinal round. (Image courtesy of PBA D-League)

CEBUANO guard Eloy Poligrates continues his resurgence as he led the Marinerong Pilipino Skippers to the semifinals with a dominant 100- 78 win over AMA in the 2019 PBA D-League Foundation Cup quarterfinals on Thursday, September 12 at the Ynares Sports Arena in Pasig.

Poligrates, a native of Poro in Camotes, led six different Skippers in double-figures as he had 19 points, three rebounds, three assists, and three steals in the win that pushed the Skippers back to the semis after missing it last conference.

From a close 17-14 lead in the opening quarter, Poligrates and Yee sparked a scintillating 15-0 blast that gave the Skippers a 32-14 advantage early in the second frame.

Marinerong Pilipino led by as many as 26, 68-42, after a Yee bucket with 4:49 left in the third canto before cruising to the easy victory.

The Skippers now await the winner between Group B squads Technological Institute of the Philippines and Black Mamba Energy Drink for their foes in the best-of-three semis affair.