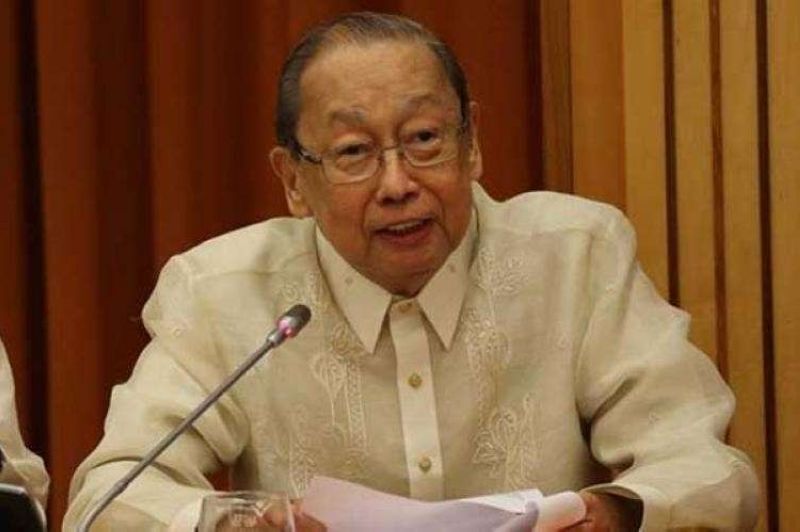 THE government, through the Department of the Interior and Local Government (DILG), will seek a special arrangement with the Dutch government for the extradition of Communist Party of the Philippines (CPP) founding chairman Jose Maria "Joma" Sison, an officials said.

“Although Sison has been granted refugee status in The Netherlands due to alleged political persecution in the Philippines, the grounds for the grant of such refugee status to Joma Sison no longer exist and should therefore be revoked,” DILG secretary Eduardo Año said in a statement on Thursday, September 12.

“The government will seek a special arrangement with the Dutch Government for the extradition of Joma Sison on the grounds that his refugee status is no longer tenable because he participated in the commission of a crime and other criminal acts as determined by the Regional Trial Court (RTC) which renders him effectively ineligible,” he added.

Año was referring to the arrest warrant issued against Sison, his wife Juliet, National Democratic Front (NDF) senior adviser Luis Jalandoni and 35 others over their alleged involvement in the murder of several people who were found in a mass grave in Inopacan, Leyte in 2006.

Presidential Spokesperson Salvador Panelo, for his part, said Sison may be sent back to the Philippines if The Netherlands government allows it.

"Yes," he said when asked if Sison can be extradited.

"Why not if the Netherlands government allows it? Eh nasa kanila rin 'yun (It's up to them)," the Palace official added.

Following the issuance of the arrest warrant by the Manila Regional Trial Court Branch 32, Sison said he is protected by being a political refugee.

In a television interview on Wednesday, September 11, Sison said there was "no way" he can be extradited, as he noted that he is protected by the United Nations' Refugee Convention and the European Convention on Human rights.

"I enjoy absolute protection from being deported from the Netherlands whether it is to the Philippines or a third country," the self-exiled communist founder said, as he dismissed the charges against him as "politically motivated and fabricated."

Año slammed Sison and called him a coward for using his “so-called political-refugee” status as a shield against the crime he has committed in the country.

“Duwag ka, Joma. Now that you are in the last few years of your life, do something right for a change, own up to your sins against the Filipino people and face the charges against you and give justice to the victims of the Inopacan massacre, among many others,” he added.

The Netherlands recognized Sison as a political refugee in 1992 on the basis of his alleged persecution by the Marcos regime.

Even while on exile, Sison has continued to direct the New People’s Army (NPA), armed wing of the CPP.

Earlier, the Philippine National Police (PNP) said they were working closely with the International Criminal Police Organization (Interpol) for the issuance of red notice against Sison.

The DILG and the PNP have also teamed up with the Department of Justice, Armed Forces of the Philippines and the Department of Foreign Affairs to arrest all the others who were found to be responsible for the Inopacan massacre.

Panelo had shrugged off Sison's latest claim and reiterated that the communist leader needs to "face the music."

"He always says that. Ang problema, meron na siyang warrant. So moot and academic ang lahat ng mga sinasabi niya (The problem is there's an arrest warrant. So all his claims are moot and academic). They were given the opportunity to rebut the evidence submitted before the court or prior to that, the preliminary investigation, the prosecutors found probable cause filed before the regional trial court, and the court finds probable cause," he said.

"Until such time he has faced the music, eh may problema siya (he has a problem). He should unchain himself from that illusory dream of ousting the President. Dispensation. Fifty years plus na 'yan eh (Communism has been ongoing for over 50 years)," Panelo added. (SunStar Philippines)