Bzzzzz: Which offends more: body odor of Rappler reporters or their stories? 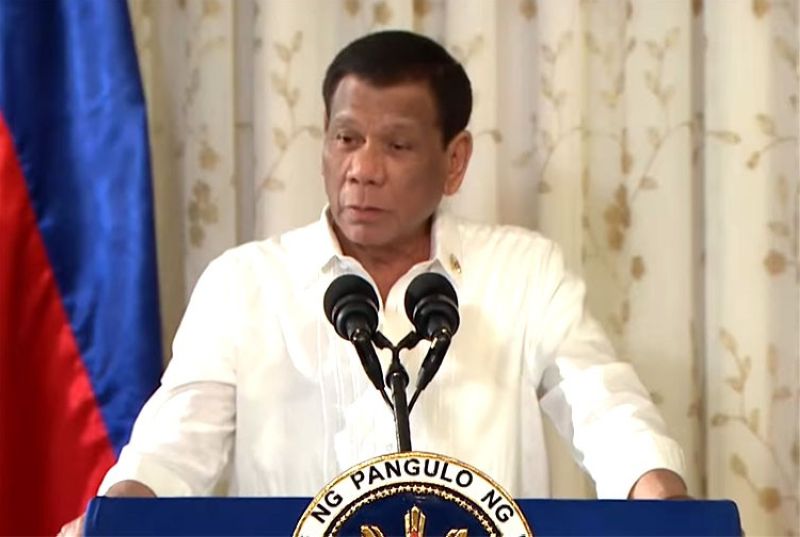 MANILA. President Rodrigo Duterte delivers a speech during the mass oath-taking of officers and members of the League of Vice Governors of the Philippines in a ceremony at the President's Hall in Malacañang Palace. (Screenshot from PTV video)

PRESIDENT Rodrigo Duterte Tuesday night (September 10), at the oath-taking of the Vice Governors League of the Philippines, used another line of attack on reporters of the digital news site Rappler: the "horrible body odor" of its reporters.

Then followed by his criticism of the Bikoy and Sabio stories by Rappler.

Something new. News sources complain of the slant or inaccuracy of media stories. First time a news source, the president no less, complaining of the stink from the Rappler reporters around him. But hey, haven't the Rappler reporters been banned at the Palace and anywhere near the President for more than a year already, since last February 20, 2018?

Or was the President referring to that time when they were still allowed to cover him? But then, he or any Palace aide or staffer didn't complain about any foul smell when the ban was imposed. He could be just joking again at the expense of Rappler reporters.

It must be the stories that offend Duterte. Otherwise, he would lift the ban promptly if the Rappler reporters would shower more frequently or use more effective deodorant. He didn't say the ban is contingent on how the reporters smell.

[1] HOW JANET NAPOLES NAME LANDED IN LIST OF CONVICTS FREED on November 12, 2018, a group whose sentences already expired under the good-conduct system for jail prisoners. Initial explanation is that it was a clerical error. Not convincing to the senators who sensed something was wrong. The name was "Napoles, Janet y Lim," the same name that the woman in the multi-billion-peso pork barrel fraud bears.

A Manila-based showbiz personality called up her Cebuano friend to ask him to help in persuading a Cebu City official who had reportedly left the family home and is now living in with a woman whom the clan members do not like or approve.

The Manileña is a close relative of the official. She's worried that her relative's personal and political life would be damaged by his liaison with the woman.

The official is an adult who was previously married.

While only some City Hall personnel have seen the woman and her name has been withheld from the public, her alleged involvement in the official's work might expose her identity soon.