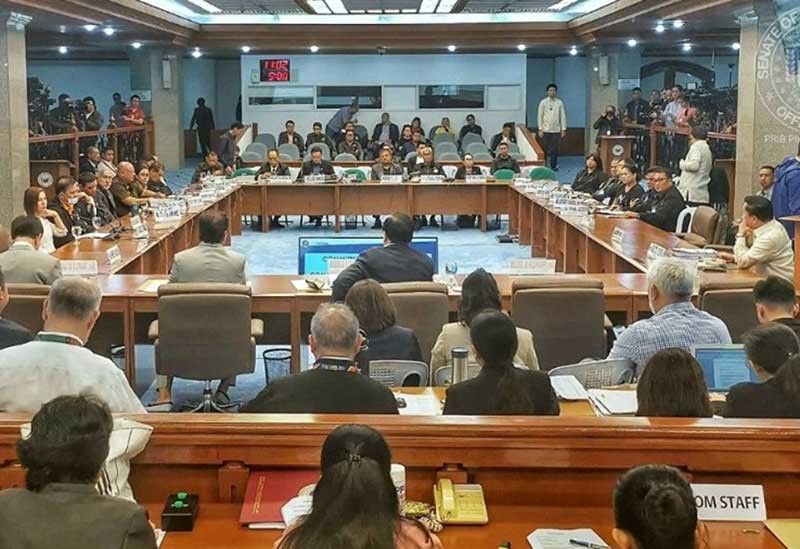 THE Senate committee on justice and human rights on Thursday, September 12, cited three Bureau of Corrections (BuCor) officials in contempt for repeatedly lying and being evasive during the inquiry into alleged irregularities at the national penitentiary.

Gordon issued the order after giving the three officials a chance to explain their side. The senators, however, were not convinced and approved the motion unanimously without objection.

Senator Ronald dela Rosa, who served as BuCor chief prior to being elected as senator, moved to cite the three officials in contempt.

The move was made after Senator Panfilo Lacson expressed hope that the "committee can do something about resource persons lying to our faces."

Lacson said he and the other senators were inclined to believe the testimonies of Yolanda Camilon, Godfrey Gamboa and Valencia City, Bukidnon former mayor Jose Galario Jr. and daughter Griezl Fernandez.

Section 18 of the Senate Rules of Procedure governing inquiries in aid of legislation provides that "The Chairman with the concurrence of at least one member of the Committee, may punish or cite in contempt any witness before the Committee who disobeys any order of the Committee or

refuses to be sworn or to testify or to answer a proper question by the Committee or any of its members, or testifying, testifies falsely or evasively, or who unduly refuses to appear or bring before the Committee certain documents and/or object evidence required by the Committee notwithstanding the issuance of the appropriate subpoena therefor. A majority of all the members of the Committee may, however, reverse or modify the aforesaid order of contempt within seven

The Senate inquiry was prompted by the controversy over the alleged anomalous early release of heinous crime convicts based on good conduct.

The law, however, excludes heinous crime convicts from receiving GCTA credits. But the implementing rules and regulations allow such convicts to receive GCTA.

Processing of GCTA applications for release has been suspended while the implementing rules are being reviewed by the Department of Justice and Department of the Interior and Local Government. (MVI/SunStar Philippines)