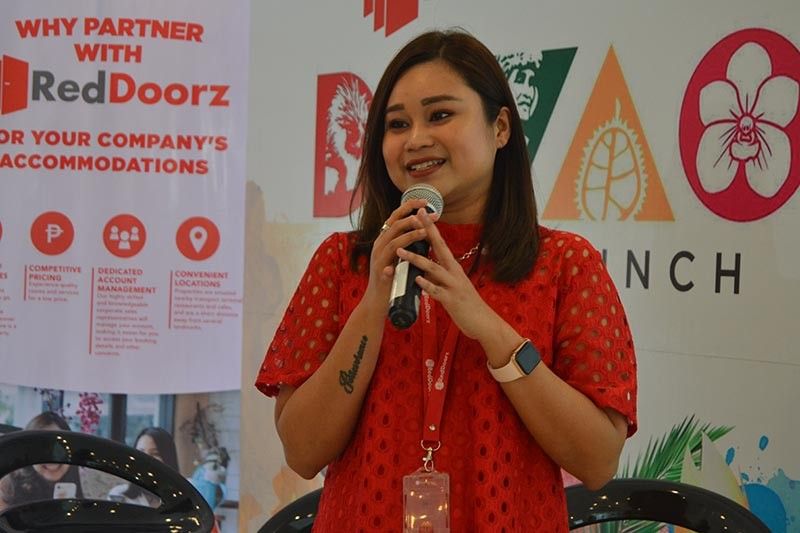 REDDOORZ, Singapore-based hotel management and booking company, has set on an aggressive expansion in Mindanao brought about by the growing interest in the island.

Stefanie Irma, RedDoorz Philippines country head, said during a media briefing at the Ritz Garden Oases that after their entry to the Davao City market in 2018, they hope to further expand their services in General Santos City, Cagayan de Oro City, and Zamboanga City.

Irma said though the company has been in the Philippines since 2017, they just decided to enter the Mindanao market in 2018 by expanding its market in Davao City.

“We wanted to focus on Metro Manila first when we started in 2017,” Irma said, adding that they want to establish their presence in the capital before expanding to the other urban centers in the Philippines.

She said they opted to enter the Mindanao market through Davao City because it is the major urban center in Mindanao.

“Being visible is the third-largest city in the Philippines, it will not only bring colors to Davao tourism and the nearby islands but also bringing in more jobs for them as well,” Irma said in a statement.

Here in Davao City, they already have 25 hotel partners with an inventory of over 500 rooms.

During RedDoorz Philippines country marketing manager Raenald de Jesus’s presentation, their accommodation partners in the city are generally located within the downtown area in Davao City. He said they also have partners near the Francisco Bangoy International Airport and Matina in the south.

In other key cities in Mindanao, they are on different phases like closing partnerships and looking for partners.

De Jesus said there is a huge potential for the Mindanao market because of the increasing number of Filipinos traveling domestically.

He said RedDoorz hotels not only provides affordable accommodations to leisure travelers but also for those who are traveling for business or just looking for a comfortable place to sleep for the night.

RedDoorz is targeting to have 400 to 500 partners by the end of the year. At present, they have over 200 properties in more than 20 towns and cities. The company is soon eyeing to expand in Boracay Island, Antique, Capiz, Negros Occidental, Dumaguete, and Tacloban City.

Irma said their vision is to have a RedDoorz hotel in all relevant streets in the country.

De Jesus clarified that they are not acquiring hotels. Rather, what they do is partner with the accommodations establishments and standardize the services of its branches. The company “brands small unbranded hotels, providing them with state of the art technology and training to their staff.

“Because RedDoorz standardizes hotel accommodations across the country with fine, affordable and quality accommodations, we can open up the travel experience to more and more people across wide social strata. By helping our partners grow, we also help increase the knowledge and skills of people who work in the hospitality industry, and thus support both domestic and international travel,” Irma said.