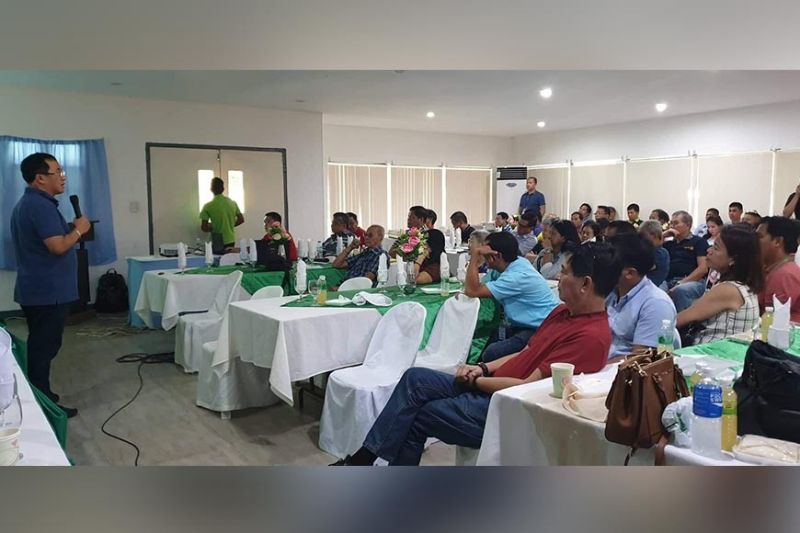 NEGROS. Victoria’s City Mayor Francis Frederick “Wantan” Palanca enlightens the stakeholders in his city about the proposal Victorias Integrated Port which will greatly change the economic landscape of his city and the Northern Negros Occidental. (Contributed photo) 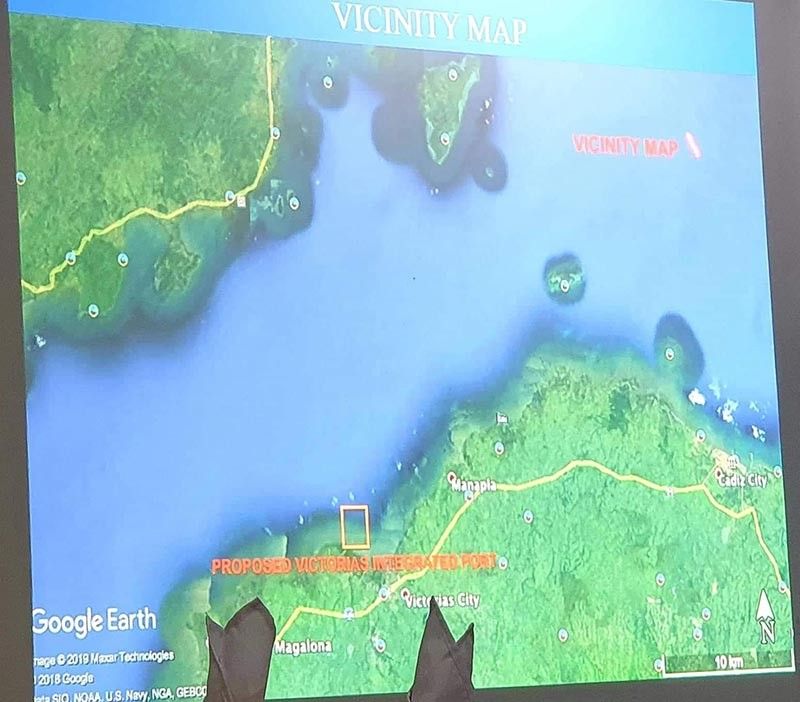 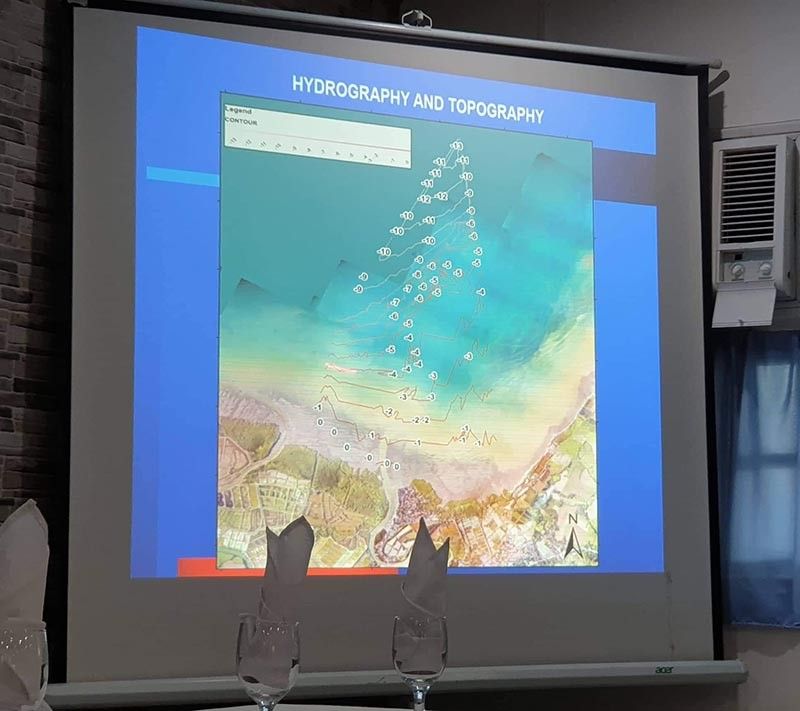 NEGROS. The hydrography and topography of the proposed Victorias Integrated Port. (Contributed photo)

VICTORIAS City Mayor Francis Frederick “Wantan” Palanca shows how passionate he is to realize his dream of establishing the Victorias Integrated Port.

Mayor Palanca, the nephew of lawyer Simplicio “Sammy” Palanca who is considered as the father of the Bacolod City (Bredco) port, gathered the stakeholders yesterday during the City Development Council meeting held at VMC Golf club to gain the approval of the body of the proposed Victorias Integrated Port and other flood control and mitigating projects.

The stakeholders who came to the CDC meeting were landowners, VMC representatives, businessmen, overseas contract workers and other organizations and with the presence of Board member Juvy Pepillo during the City Development Council meeting held at the VMC golf club.

Palanca shared that during the visit of President Rodrigo Duterte to Victorias City early this year, he was among those who warmly welcomed the President to his city and had the opportunity to chat with him where he mentioned his plan to build a port in Victorias because this is closer to travel to Iloilo (Panay), Caticlan in Boracay, Mindoro, Batangas and Manila and this port, if realized, will greatly improve the economy of Victorias and also the Northern area of the province of Negros Occidental.

“We are going to have an edge to have this port because we are closer to Caticlan (Boracay) and consequently Manila as compared to travel via the old Dumangas route. We are also closest to port of Danao in Escalante and also San Carlos port going to Toledo. It will also open ro-ro vessels going to Northern Cebu, Bayawan and routes going to Banate,” he said.

The preliminary project cost of the port is P2,526,800 which will be located at barangays 9 and 13 in Victorias City.

Mayor Palanca said, “We are looking at having that port plan to be presented soon to President Duterte. We are putting on paper on the commitment of the President to build a port in Victorias. We are trying to finish the proposal and submit the same to the President for the end of September this year. This project is aligned with the coastal project of the former 3rd District Cong. Albee Benitez and now by incumbent Cong. Jose Francisco Benitez which was included in the administration’s “Build Build Build” projects which were included in the 2020 budget of the national government.”

They are hoping that the proposed port development will be started by 2020 or 2021, he said.

Having the port itself will change the economy of the city as warehouses can come in. We have the Bacolod - Silay at the back about 18 kilometers away, we have a seaport in front with container yard, bulk carrier of VMC and other petroleum companies and some other large and bulk companies. The fisheries industry in the area will also be improved. We are very famous in blue crabs but the business owners engaging in blue crab business come from different areas. I will propose to them to sit there as one and rent a processing area so that when there is a market, it will also be easier for them to negotiate for a volume and for a better price. All cargoes will pass by Victorias with this port.”

“We are building the port because Victorias City and Northern Negros need it. It is about time to start this project. We rely on our national counterparts through Cong. Benitez and with the help of the business expertise of former Cong. Albee Benitez,” Mayor Palanca said.