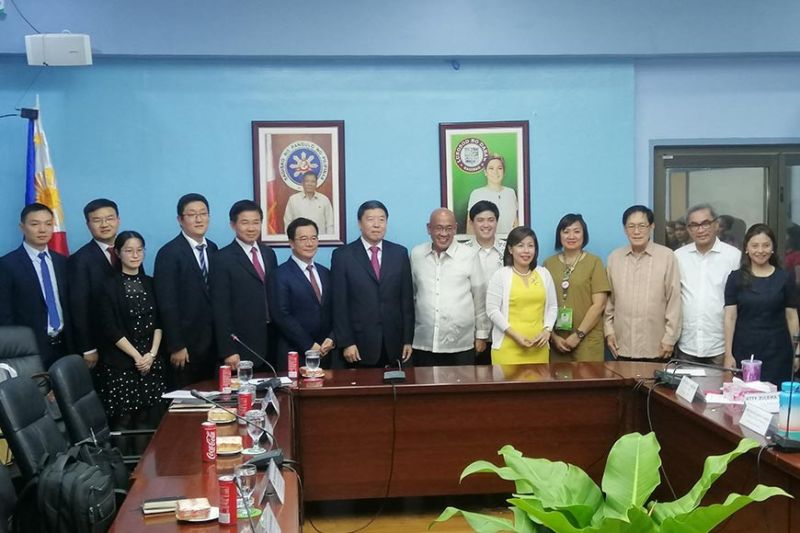 DAVAO. Delegates from Sanya City in Hainan Province in China together with representatives of the City Government of Davao gathered for a photo opportunity inside the City Hall of Davao during the courtesy visit. (Photo by Ralph Lawrence G. Llemit)

DAVAO City is eyeing another sisterhood agreement with a new tourist destination in China. This time, with Sanya City in Hainan Province.

“Our consul general (Chinese Consul General Li Lin) has already introduced to us many things about Davao, and we are happy to see past developments and the profound exchanges that happened in Davao City, and we are proud to see things coming in Davao,” Wanchun said.

Mao, who led the delegation from Hainan, said Sanya takes pride in its good tourism industry.

He said the sisterhood agreement would not only strengthen tourism exchange between cities but also trade with Hainan, China’s future freight port.

“We target to build Hainan as a window to the world to see the beauty of China. To achieve our goals, we should rely on our openness to the world and this includes the Philippines, particularly Davao City,” Mao said.

Davao City Councilor Alberto Ungab, who led the local government in the courtesy call, said Sanya’s intent of having a sisterhood agreement is a welcome development for trade and cultural exchanges.

“We are neighbors and easy for us to explore this cooperation,” Ungab said.

If the agreement would be formalized, he said Sanya will be the third city from China to have a sisterhood agreement with Davao City, after Nanning City in Guangxi Region and Jinjang City in Quanzhou, Fujian Province.

Recently, Chongqing municipality also expressed their intent to have a sisterhood agreement with the city to explore business opportunities.

“Hainan Province is like Davao City, which would like to flourish more in the tourism industry. They have signified their intent to have a sister city agreement with Davao City, particularly in the area of tourism,” Dayap said.

Davao City Chamber of Commerce and Industry Inc. president Arturo Milan said he hopes the mentioned partnership would translate into bigger trade relations between Davao Region and the entire Mindanao”.