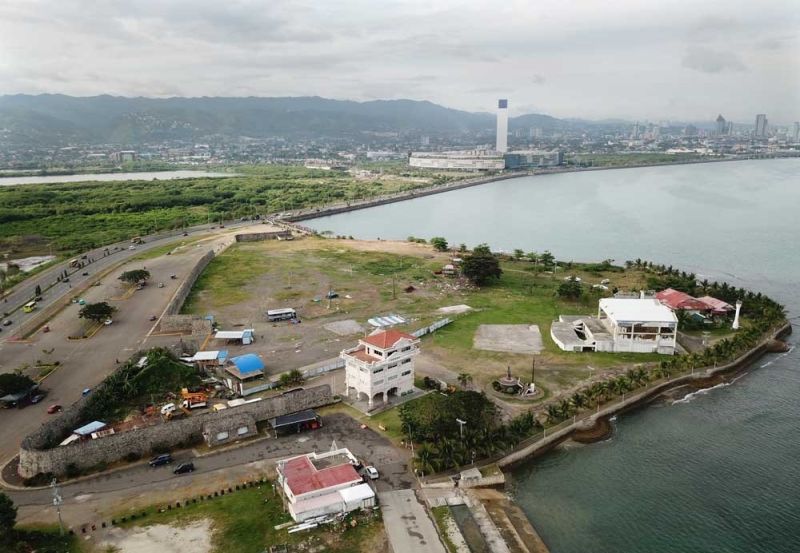 THE Universal Hotels and Resorts Inc. (UHRI) can proceed with the civil works of its project on Kawit Island after the Cebu City Office of the Building Official (OBO) approved its building permit.

Architect Florante Catalan, OBO head, said UHRI had resubmitted its application and complied with the deficiencies of its previous application.

Catalan said UHRI’s application for a building permit was approved on the same day it was filed on Aug. 15, 2019 since all the required documents were complete.

In a phone interview on Thursday, Sept. 12, Mayor Edgardo Labella said he will allow UHRI to proceed with the project but he will not allow it to reclaim the area adjacent to Kawit Island at the South Road Properties (SRP).

This, despite his earlier stance that the joint venture agreement the City Government had entered into with UHRI during the term of former mayor Tomas Osmeña was “onerous” and “disadvantageous” to the City.

Labella, when he was still vice mayor, was among the city officials who appealed to the Court to nullify the resolution authorizing the P18 billion project.

Under Labella’s administration, the City’s joint venture selection committee (JVSC) had renegotiated the terms of the agreement, with UHRI now offering to increase its investment from P18 billion to P25 billion.

Labella said he was glad that UHRI offered to increase its investment but said no further reclamation should be undertaken by the firm.

Under the joint venture agreement, the City will get a 10 percent share of the lease of commercial and shopping areas, hotels and the integrated resort, and 15 percent from the casino’s operations.

For his part, lawyer Jose Daluz III, the SRP manager, said the P7 billion increase in investment is still subject to further review, adding that the JVSC does not have the details yet on the additional investment.

Daluz is also part of the JVSC created by Labella to review the proposals of investors or prospective partners in joint ventures involving the City’s properties.

Since the court had already dismissed the cases filed by the previous City Council seeking to stop the development of Kawit, Daluz said they will let the project proceed because they do not want to be “obstructionists” of business and turn away investors.

“This offer needs a supplemental agreement. We have to lay down our cards and see what is included in this P7 billion increase. Maybe that is the right procedure,” said Daluz.

Daluz said the City had talked to UHRI officials earlier and asked if it could increase the share of the City in the joint venture or increase its investment in proportion to the City’s contribution. The developer opted for the latter. (JJL)