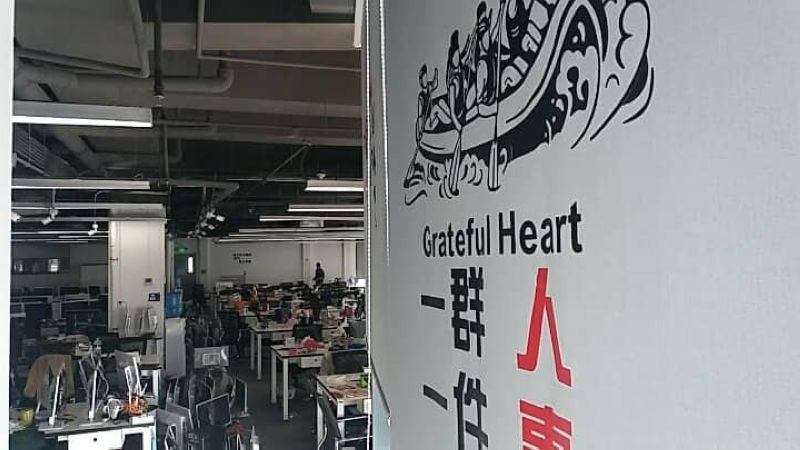 BACK TO WORK SOON. The Chinese workers of Xin Juang Jin Cheng Ltd. Inc. may return to their online operations any time after their release. (SunStar photo / Alan Tangcawan)

THE 181 Chinese nationals who were arrested for alleged illegal online gambling operations were freed on Thursday, Sept. 12, 2019 after the Lapu-Lapu City Prosecutor’s Office ordered their release for lack of evidence against them.

Lapu-Lapu City Prosecutor Ruso Zaragoza disagreed with the findings of Assistant Prosecutors Sheilamar Saliganan-Abadia and Antonio Aseniero of finding probable cause against the Chinese nationals in the inquest proceedings.

Zaragoza resolved to terminate the inquest proceedings of the illegal gambling charges and instead converted the proceedings to a regular preliminary investigation.

As a result, the Criminal Investigation and Detection Group (CIDG) 7 was directed on Wednesday, Sept. 11, to release all 181 Chinese nationals from detention.

The CIDG 7 investigators were further directed to submit additional evidence, particularly the contents of the computer servers and laptops.

CIDG Deputy Chief Hector Amancia said they already received the order to release the Chinese nationals, and they did so after the arrested persons underwent a medical exam. He said the CIDG 7 was given 10 days to file a motion for reconsideration.

“The release is ongoing. We’re just having them checked by the doctor to make sure they were in good physical condition upon release. We will just file a motion for reconsideration hoping that we can file a complaint against them,” he said.

The CIDG 7 reiterated that the raid on the gambling facility was legal and that they have evidence that it violated Presidential Decree 1602, which prescribes stiffer penalties on illegal gambling.

The operator also failed to present documents during the raid to prove they are operating legally.

Zaragoza, in resolving the case, said the CIDG failed to establish enough evidence to prove that the Chinese nationals were engaged in the operations of illegal online gambling through the 22bet.com website.

The raiding team, in a joint-affidavit, alleged that the computers at Xin Juang Jin Cheng Ltd. Inc., the employer of the 181 Chinese nationals, were accessing the said website.

However, Zaragoza said the CIDG failed to prove that the Internet Protocol Address of 22bet.com’s host is traceable with the confiscated devices in the area.

The seized laptops’ contents needed to be opened and decoded. However, the police officers need a cyber warrant to do so.

The processing of the cyber warrant needs ample time and the detention of the Chinese nationals is about to end as provided under Article 125 of the Revised Penal Code, unless the inquest proceeding is converted to a regular preliminary investigation.

The CIDG also failed to show that the individuals were acting as bettors or facilitators of the illegal gambling site, according to the resolution.

Also, whether actual money or value transfer was involved in the allegations is absent in the complaint, Zaragoza said.

However, Zaragoza said the scope of the accreditation needs to be clarified, thus a more extensive investigation is needed. (With AYB of SuperBalita Cebu, LRC)