Duterte: I'm not a misogynist, ‘just a lover of a woman’ 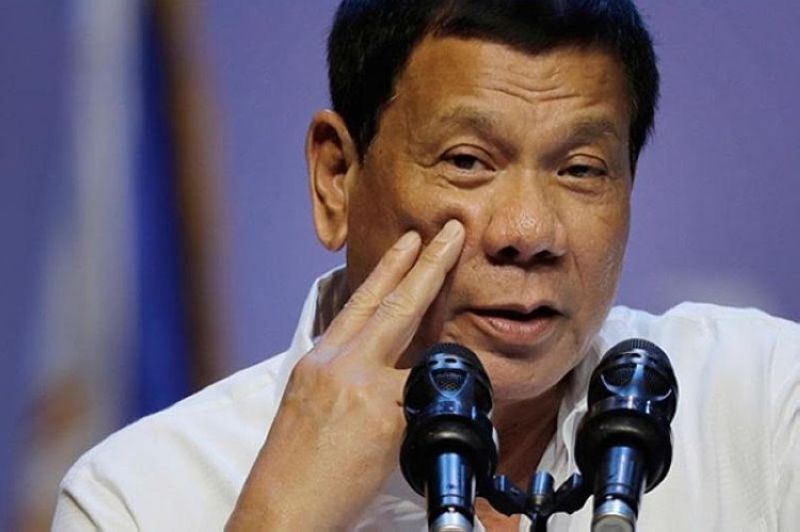 NEARLY five months after the signing of Safe Spaces Act, President Rodrigo Duterte on Thursday, September 12, maintained that he is not a misogynist but a "lover of a woman."

Duterte, a self-confessed womanizer, told his audience in Bataan said he would "die" without a woman in his life.

"Dito sa inyo may resort? May naliligo? Naga bikini-bikini rin sila? Kasi mag-pasyal ako (Is there a resort in your province? Do women swim there? Are they wearing bikinis? Because I wil go there)," the President said, drawing laughter from the audience.

"Not really because I'm a misogynist. Hindi ako (I am not a misogynist). I am just a lover of a woman," he added.

The President tried to defend his actions, which he said are just "part of the culture" and "part of the insanity" of some men in the country.

"Maniwala ka diyan. Mayor ako, alam ko ang raket na 'yan. I am not the only one. Eh mag-prangkahan na lang tayo. Part of the culture, part of the insanity of the Filipino. Pero kung sabihin mo na ako lang? Susmaryosep," he added.

Duterte was married to Elizabeth Zimmerman but they had their marriage annulled in 1998. His current partner is Cielito “Honeylet" Avanceña.

He has been called out several times because of his supposedly distasteful remarks against women and jokes about rape.

He has also been criticized for his allegedly inappropriate behavior towards beautiful women from his audience in some of his public engagements.

In June 2018, he drew criticisms for kissing a married Filipino woman during his meeting with the Filipino community in South Korea.

Women's right group Gabriela has repeatedly slammed Duterte for his "sexism and misogyny" because of his supposed choice to "demean, humiliate, or disrespect women according to his whim."

RA 11313 states that gender-based streets and public spaces sexual harassment are committed through "any unwanted and uninvited sexual actions or remarks against any person regardless of the motive for committing such action or remarks."

The acts of sexual harassment are punishable under RA 11313 as these are "unwanted" and and have "threatened" one's sense of personal space and physical safety, and committed in public spaces. (SunStar Philippines)