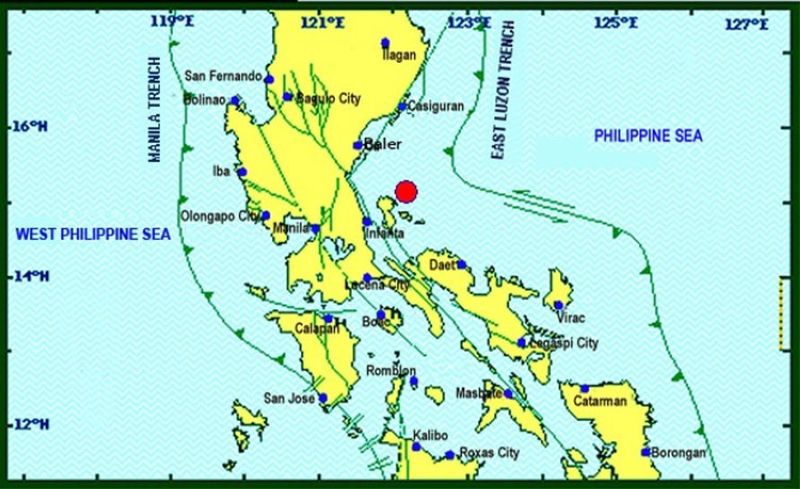 The epicenter was located 40 kilometers northeast of Burdeos in Quezon, said the Philippine Institute of Volcanology and Seismology (Phivolcs) in an advisory.

The quake was tectonic and had a depth of 10 kilometers.

Phivolcs said the quake was felt at intensity 4 in Jose Panganiban, Camarines Norte and Quezon City, and at intensity 3 in Guinayangan, Quezon.

It was also felt at instrumental intensity 3 in Quezon City and Tagaytay City.

As of 5:40 p.m. Friday, September 13, at least two aftershocks have been recorded. The latest was a 5.1-magnitude tremor that hit 34 kilometers northeast of Burdeos.

Phivolcs said the 5.1-magnitude aftershock was felt at intensity 5 in Polillo, Quezon; intensity 4 in Quezon City; and intensity 2 - Guinayangan, Quezon.