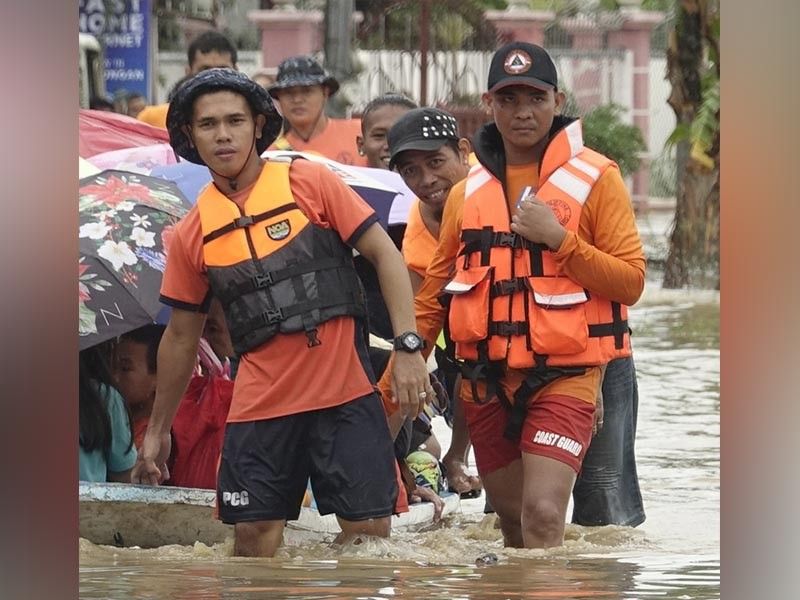 THE local government and government line agencies have mobilized their resources to provide assistance to families displaced by flood brought about by the inclement weather Friday, September 13.

Zamboanga City experienced heavy rainfall that started before sunrise and continued the whole day, though intermittently, spawned by the southwest monsoon and enhanced by Tropical Depression Marilyn.

Ma. Socorro Rojas, City Social Welfare and Development Office (CSWDO) head, said some 754 families were displaced as 11 of this city’s 98 villages were inundated.

Rojas said the displaced families are temporarily housed at the covered courts of the schools in their respective villages. Community kitchens were established.

Philippine Coast Guard (PCG) personnel were deployed to assist in the evacuation of the flood-affected residents.

Dr. Dulce Miravite, City Health Office chief, said physicians were deployed while prophylaxis were given to the affected families.

Rojas said seven houses made of light materials were swept by flood in the village of Tumaga, which has the highest number of affected families.

Classes in all levels were suspended as a precautionary measure due to the inclement weather.

The NDRRMC said flood and landslides are likely to happen in areas under Orange Rainfall advisory.