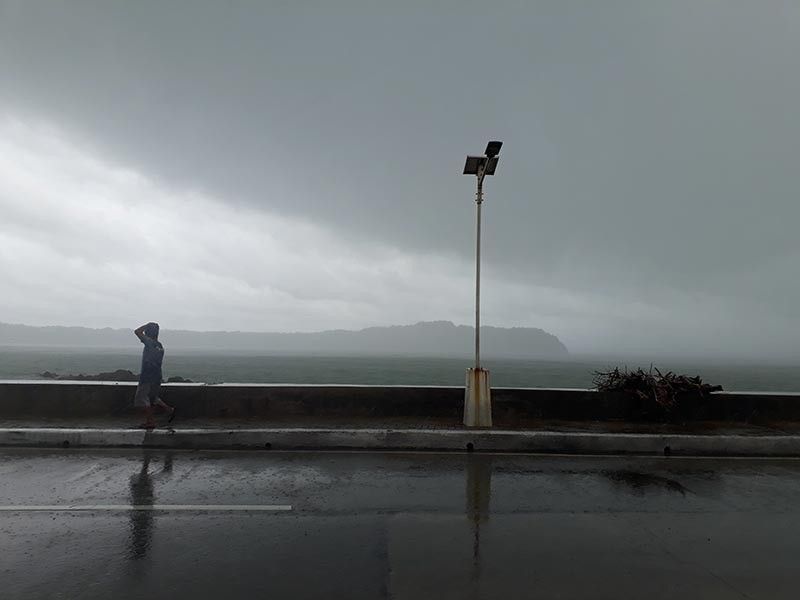 ILOILO. A view of Guimaras Island from Iloilo City during a rainy afternoon. (Leo Solinap)

THERE is a need to reposition Guimaras Island as a tourist destination following the August 3 sinking of at least three motorized bancas that left 31 people dead, an official said.

Department of Tourism (DOT) Western Visayas Director Helen Catalbas told SunStar that the sea mishap greatly affected Guimaras that many accredited tour operators have cancelled trips to the island due to the incident.

"Several group tours to Guimaras have cancelled already because of uncertainty of the availability or schedule of water transport," she said.

Aside from the "uncertainty in the availability of water transport," the weather condition also discouraged tourists from going to the island, as some people do not want to be exposed to the scorching heat of the sun or the rain, said Catalbas.

The tourists are exposed to heat or rain, as the Coast Guard, after the sea tragedy, has ordered that all pump boats, during their operation, should roll up their tarpaulin roof to prevent it from acting as sail during the sudden gust of wind in the sea.

"So both ways, bad and fair weather are not favorable to these tourists," said Catalbas.

She said there are fast-crafts that are plying Guimaras-Iloilo, but they are so big and not feasible to charter passengers just to cross the Iloilo Strait.

Catalbas, who has been living in Guimaras Island for seven years now, said that beyond 6 p.m., one also has to hire a pump boat to go to the island, since the boats operate only from 6 a.m. to 6 p.m.

She said the DOT will call for a consultation meeting this month with the Maritime Industry Authority, Philippine Coast Guard, local government units, tour operators and tourism stakeholders in Guimaras.

"I will ask them in the phase of all this constraints what shall we do and how should we reposition Guimaras as a tourist destination?" Catalbas said. "What should the tourist sector do? Should we stop for a while promoting Guimaras until it has fixed its problem?"

She said, though, that despite the problems, the DOT will keep on promoting Guimaras.

Catalbas also said that she wanted more farm tourism sites developed on the island not only as tourist attractions, but also as producers of food for tourists and the locals.

"This Guimaras tragedy was a glaring eye opener that two to three days of non-operation of water transport, the markets are empty," she said.

She said there is not much local production of food in the island, as most people in Guimaras rely on Iloilo farms and market to get food.

Catalbas said what she wanted to see is for o hotels, restaurants and residents of Iloilo City crossing Guimaras to buy ingredients and raw materials for their food, not the other way around.

"We have already identified not only Guimaras, 2O markets all over the region to be tourist attractions and 'bagsakan' centers for tourism establishments to purchase," she said.

"As of the moment, we have millions of tourists, domestic and foreign, visiting our region, but sad to say they are fed with food that are produced originating from other regions or from other countries," she added. (Leo Solinap/SunStar Philippines)