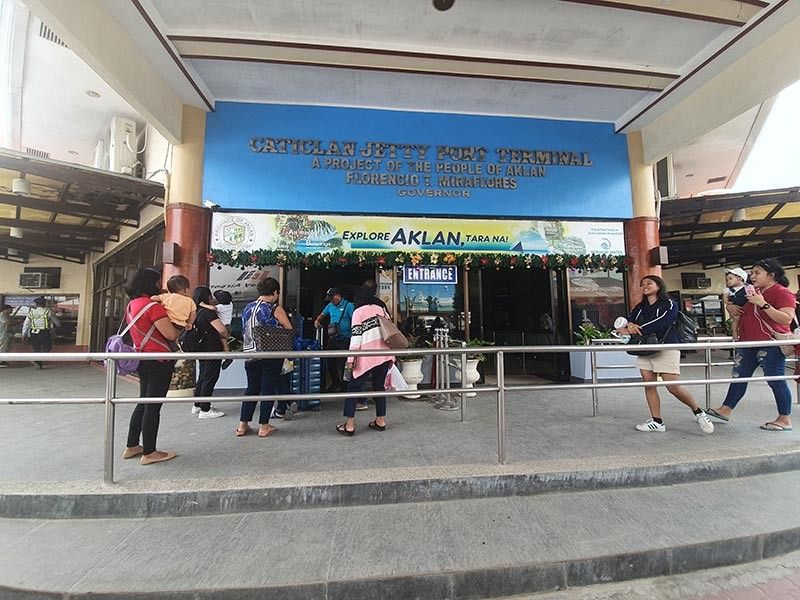 THE Caticlan Jetty Port management has urged domestic and foreign tourists going to Boracay in Aklan not to bring canned or processed goods to the resort island.

Lawyer Selwyn Ibaretta, jetty port administrator, said the measure is only temporary due to the African Swine Fever (ASF) scare all over the world.

The temporary ban was announced by Ibaretta during the forum with stakeholders and the media held at Hue Hotel in Boracay Thursday, September 12.

"Both the Caticlan Airport and the Kalibo International Airport (KIA) have already measures in prohibiting the entry of these canned and processed meat foods. What we wanted to protect is those going to Boracay via the Strong Republic Nautical Highway and from local transport," he said.

Tourists usually carry with them canned goods and processed meat in going to Boracay to save on food while on vacation. But Ibaretta said processed food will now be confiscated by the jetty port securities.

He said visitors could instead buy canned goods in local stores in Boracay, saying these food have already passed through strict security screenings.

Hotels were also advised not to give their spoiled food to hogs.

Ibaretta said they will visit different Chinese and South Korean restaurants in Boracay to check whether they are also actively campaigning against the spread of ASF.

"We invited representatives from the Chinese and South Korean restaurants to attend the forum but they did not appear. Instead, our Office will be coming unto them," she said.

Last week, the Department of Agriculture monitored ASF cases in Luzon, and Aklan is wary that it could reach the province due to the availability of transport.

Reports from the Provincial Veterinarian Office bared that from January to September 11 this year, the quarantine office at KIA confiscated from Chinese and South Korean tourists, as well as returning overseas Filipino workers 1,342 kilos of processed meat. (SunStar Philippines)