5 hurt as bus falls off road in Calbayog 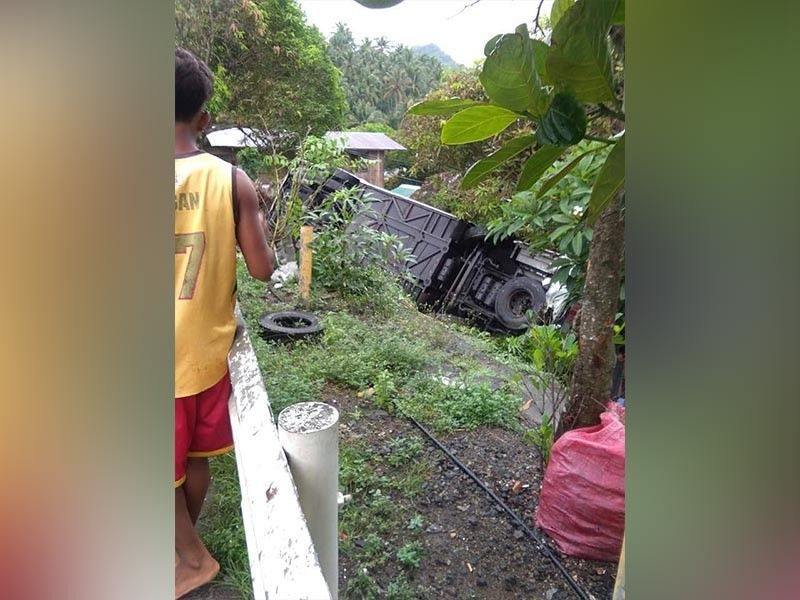 +
A A
-
RONALD O. REYES
September 14, 2019
AT LEAST five people were hurt after a passenger bus fell off the road and smashed into two huts in Calbayog City, Samar Thursday, September 12.

Rosalio Doren Celis, 74, a passenger of the bus was also injured.

The victims sustained minor injuries on the different parts of their bodies and were brought to St. Camillus Hospital in Calbayog for medical attention.

Upon reaching Purok 5 of Barangay Cagnipa, Dayang tried to overtake another vehicle but a six-wheeler wing van was approaching from the opposite lane of the road.

To avoid collision, the bus driver suddenly maneuvered to the left, however, his driven vehicle fell off the road, police said.

As a result, two nipa huts owned by a certain Caridad Francisco and Irene Alegria incurred damages when hit by the bus.

The bus driver, who is said to be resident of Ormoc City, immediately fled after the incident while his driven vehicle was still at the area of accident.
Calbayog City Police are conducting follow-up investigation. (SunStar Philippines)
< Previous PageNext Page >