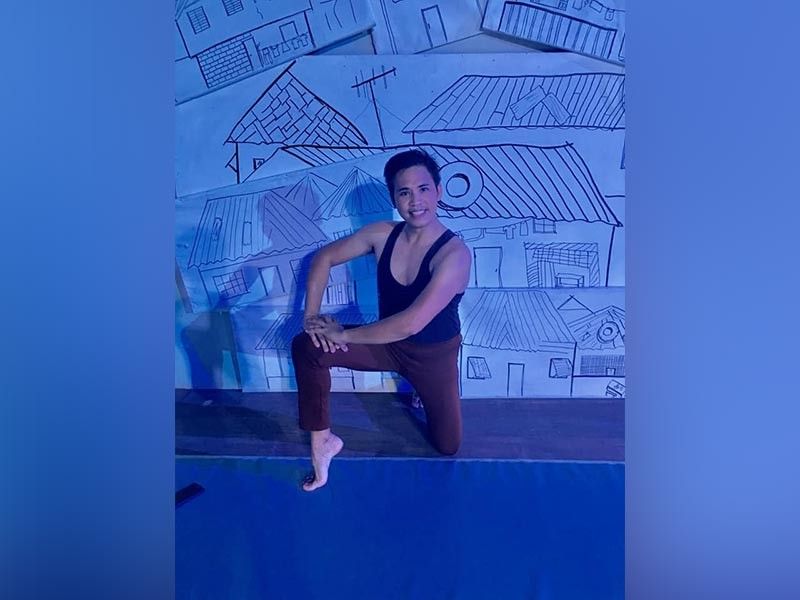 FOR people like Mark Narreto, theatre is a way of life, which is meant to be imparted and shared not only on center stage, but to the community and to the coming generations.

His exposure as an active member of the Locsin Dance Workshop where he was mentored by former Ballet Philippines choreographer Agnes Locsin, and his involvement in the Teatro Humanidades of the Ateneo de Davao University led by Norman “Noy” Narciso, further fueled his desire to serve the community through theatre.

“My dream was actually to perform, since it is my passion – either theatre or filmmaking,” he shared admitting it was a childhood dream.

To give back to the community, he formed his own theatre group, the Kahayag Community Theatre in Toril few years back and most of their members are former drug dependents.

“I was able to see how theatre transformed their lives through art as a form of healing,” he shared.

Mark formed Kahayag after realizing that most theatre groups are only isolated within school premises which is something new for the community.

Currently, he is a full-time teacher of the Arts and Design track of the Davao City National High School (DCNHS) giving senior high school students’ core exposure to theatre and media arts.

But with the scarce opportunities in the arts, he almost had it set aside. But his drive had led him to where he is right now.

Prior to being a mentor to his Grades 11 and 12 students, his “high energy” and enthusiasm brought him to tons of opportunities.

After finishing Bachelor of Arts in Mass Communication at the Holy Cross of Davao College, Mark was immediately absorbed by GMA Channel 5 as a production coordinator, then became an on-cam reporter. Later, he was promoted as executive producer for the now-defunct morning show Una Ka Bai! and documentary program Isyu Karon.

Despite his busy media career, he managed to teach Mass Communication subjects, including theatre courses, during his free time.

Eventually he was among those who were included in the mass retrenchment in 2013, which led him to focus in the academe.

“I shifted to teaching because of security of tenure. It’s the reality in the media industry. Not to mention the risk I had to encounter since I do hardcore news, especially that I covered insurgency beat.”

While being a theatre adviser was already an achievement unlocked for him, what he seems to be grateful for is to be responsive to the needs of his students.

“I learned from my former media practice ‘to be responsive to the needs’. I used to respond to emergency situations. Same goes within the school premises. You get to see lots of problems inside the classroom. I am an adviser. I need to respond to their situation when my students experience anxiety, depression and sometimes suicidal tendencies,” Mark shared.

With his career, he feels blessed to mentor his students which he considered his own children.

While Mark thinks that theatre won't be a lifetime career for majority of his students, he is grateful to impart and mold them.

“I hope they would be able to reach their dream career path. I want to see them happy wherever they are. For me, happiness means success,” he ended.