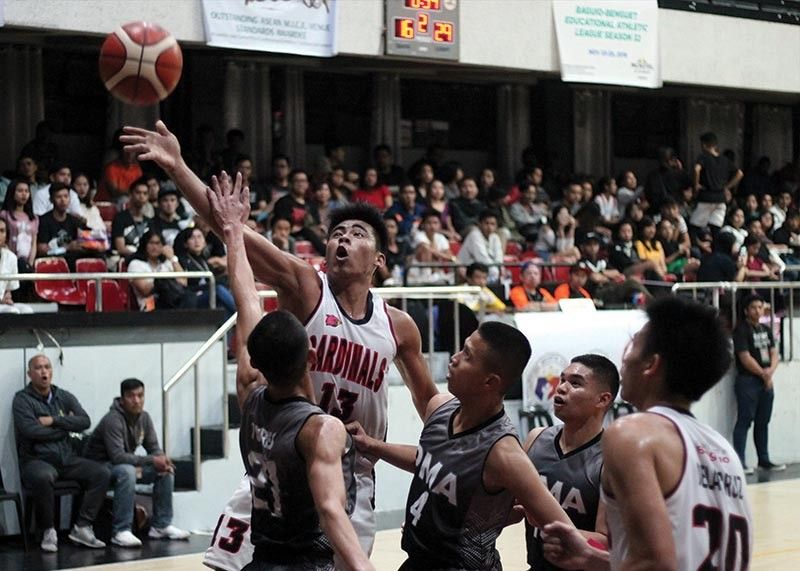 BAGUIO. BBEAL season 33 host CCDC vows for exciting basketball games after the format was converted into a round robin with all teams playing all member schools in the centerpiece men’s basketball event. (SSB file photo)

ALL 10 competing schools in the Baguio – Benguet Educational Athletic League (BBEAL) will finally get to play each other when the 33rd season opens next month with host Cordillera Career Development College (CCDC).

Ed Laureano, athletic director of CCDC, said the men’s basketball will see a round robin format with the top four teams advancing to the semis in a bid to make the competition more exciting.

In the past two seasons, BBEAL teams were bracketed into two with the top three in each bracket advancing to the next round in a step ladder format.

Kings College of the Philippines (KCP) will be taking a leave of absence for this year according to Laureano.

KCP, after being admitted as 11th member in season 29, hosted the league two years ago.

“All schools will be seeing action except for KCP because they have filed a leave,” said Laureano.

Laureano added this year’s BBEAL opening will be simple yet memorable as it will focus on the camaraderie of athletes.

“Will be having a simple program. We’re thinking of having a boodle fight Cordillera style for all the participants of the BBEAL after the opening program,” he said.

Laureano added there will be no games after the opening for athletes to focus on the program but promised an action packed basketball games a day after at the CCDC gym.

University of Baguio will defend the men’s and women’s basketball competition.

Aside from the centerpiece basketball tournament, the 33rd will have eight other sports event to be played in the first semester.

Laureano added archery, badminton, baseball, chess, sepak takraw, swimming, table tennis, and wushu will all be played in the first semester while 10 other sports will see action in the second phase of the competition including the men’s and women’s volleyball.