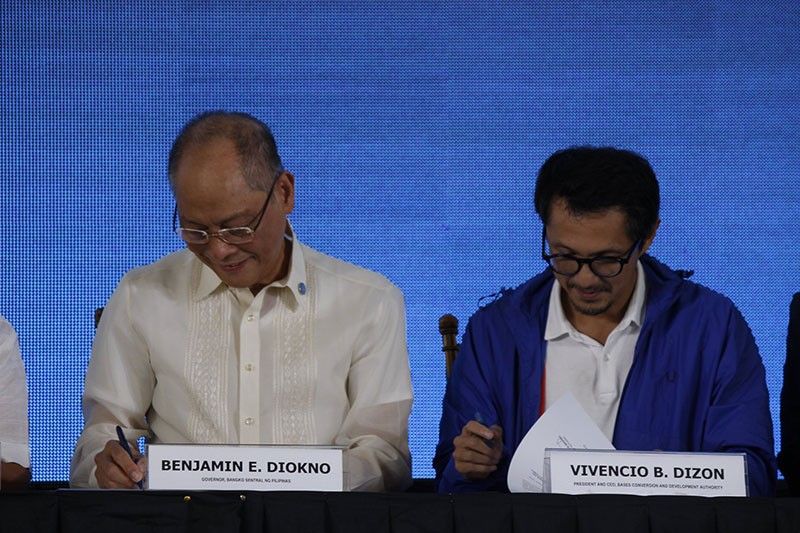 Based on a memorandum of understanding (MOU) signed by the BSP and the Bases Conversion and Development Authority (BCDA), the central bank will move its currency production facility once the NCC’s Phase 1A is completed.

According to Diokno, BSP follows a stringent set of criteria in selecting locations for its facilities. These standards — which encompass everything from lot configuration, site conditions, to infrastructural support — are intended to ensure that the BSP’s operations are optimally located.

“After an exhaustive canvass of sites north and south of Metro Manila, needless to say that the NCC is the only one that met the requirements of the BSP — with flying colors, might I add,” Diokno said.

“Consistent with the spirit of the NCC, the concept envisions a facility that will serve as a leading benchmark for a smart, green, modern complex, not just within the country, but on the global scale as well,” he added.

Meanwhile, BCDA president Dizon said, “We are proud that the Bangko Sentral ng Pilipinas chose New Clark City as the site of its facilities. The relocation of government agencies to this future-proof and resilient metropolis brings the vision for the city of the future to life.”

The new BSP facility is conveniently located near the access road connecting NCC to the Subic-Clark-Tarlac Expressway (SCTEx).

The MOU indicates that the development of the offices of BSP and its attached agencies in NCC-National Government Administrative Center (NGAC) shall be consistent with the Phase 1 development of the NCC within the four-year timeframe, from 2019 to 2022.

The 200-hectare NGAC is the first phase of the NCC, the country’s first smart, green, sustainable, and resilient metropolis. The NGAC project involves the construction of back-up offices of government agencies to ensure continuous business operations and services in case of disasters or natural calamities.

Phase 1A also includes the world-class sports complex to be used for this year’s South East Asian Games (SEA Games), a residence for government employees, and a river park - all of which are 98 percent complete.