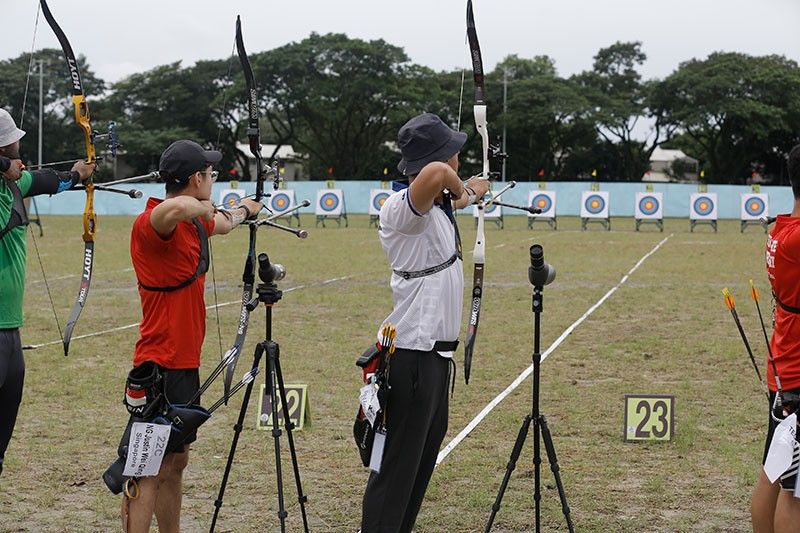 CLARK FREEPORT. Members of the World Archery Association (WAA) that represent 12 countries across the globe compete at the 2019 Asia Cup Stage 3 World Ranking Event held at the Clark Parade Grounds. The competition also serves as a “test event” for archers who will represent their respective countries for the Southeast Asian Games 2019. (Photo by CDC CommDep)

MORE than a hundred archers across the globe recently joined an international tournament at Clark Freeport.

The tournament commenced on September 8 and will end on Sunday, September 15.

Organized by the World Archery Philippines Inc. (WAP Inc.), the tournament was composed of Recurve and Compound divisions for both male and female categories.

The tournament served as a “test-event” to prepare Clark as one of the venues for the upcoming South East Asian (SEA) Games 2019. The event also gave Filipino archers an opportunity to hone up for the biennial sports meet as well as for the Tokyo Olympics next year.

With 530 events, 56 sports, and 44 venues for the SEA Games 2019 that are grouped into Metro Manila, Clark and Subic Clusters, the Clark Parade Grounds is also being improved as it becomes the official venue for the Archery and Rugby 7s competition.

Other identified venues for the Clark Cluster are Clark Global City, The Villages, Royce Hotel, Aquatics Center and the Athletics Stadium, and Aquatics Center at the New Clark City in Capas, Tarlac.