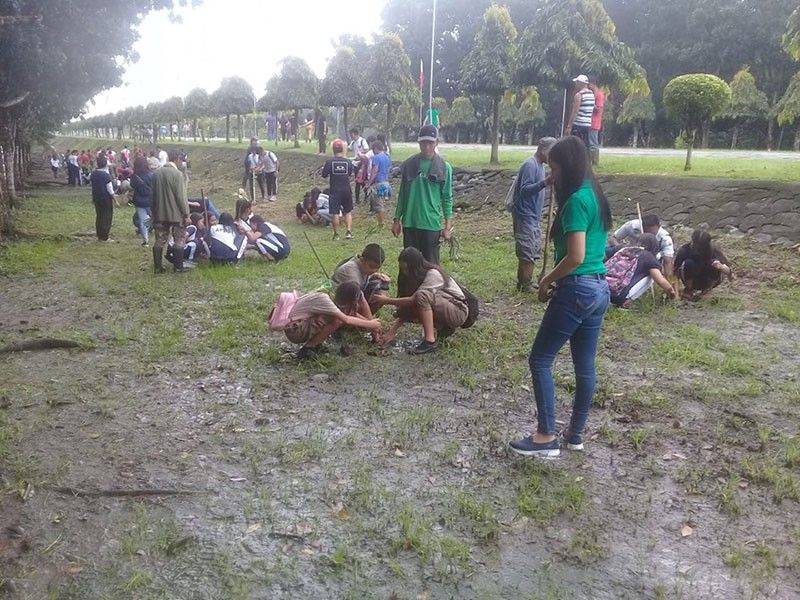 CAPAS, TARLAC. Students volunteer during the tree planting activity of the DND at the Capas National Shrine in line with its 80th anniversary celebration. (Contributed photo)

CAPAS, Tarlac -- Trees will be planted at the Capas National Shrine in memory of the 25,000 Filipino soldiers and 6,000 American soldiers who died inside the former concentration camp during the World War 2.

Engineer Darwin Campo, curator of the Capas National Shrine, said that Republic Act Number 8221 states that the shrine shall be developed as a memorial with a monument and auxiliary facilities dedicated to the memory of those who were incarcerated or died in the Capas Camp during the Second World War.

The shrine shall consist of an area where trees should be planted in memory of the Filipino and American war heroes.

“Our annual project is dubbed A Tree for A Hero,” Campo said.

The remaining areas inside the shrine shall be converted into mini forests, according to Campo.

In line with the project, the Department of National Defense (DND) conducted a tree planting inside the shrine in celebration of its 80th founding anniversary.

Campo said some 500 seedlings of coffee and cacao, which were donated by Patdo Plan Nursery owner Lito Patdo, were planted during the DND tree planting activity.

Students and other volunteers participated in the tree planting, the shrine curator added.