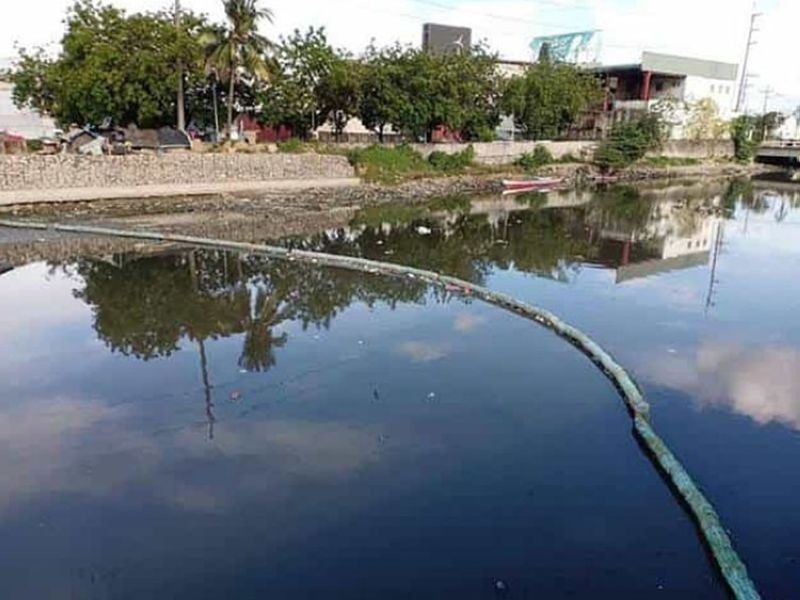 THE Cebu City Government and the Mandaue City Government collected 56.2 tons of garbage during their four-hour massive cleanup of the Mahiga Creek on Saturday morning, Sept. 14, 2019.

The cleanup was a joint effort of the two local government units since the Mahiga Creek crosses both cities.

Cebu City Mayor Edgardo Labella and his Mandaue counterpart Mayor Jonas Cortes led the activity that started off with the “ceremonial meeting” of the two mayors at M. Logarta Bridge in Mandaue City.

Labella described the situation of the Mahiga Creek as dirty, especially when it reaches Subangdaku Bridge, where there are more plastic bottles and other garbage than water.

He instructed Mabolo barangay officials to make sure the area is clear of garbage.

“This should not happen again because look, nanggahi na (the garbage has hardened). We really have to do something because it’s very shocking,” he said.

Labella said a clogged up Mahiga Creek is one of the reasons the city gets flooded during heavy downpours.

The mayor enjoined the public to do their part by properly disposing of their garbage.

“This will not be solved if only the barangay captain is taking action, or if only the DPS (Department of Public Services) or the councilors alone,” said Labella.

Labella reiterated his directive to the 80 barangay captains in Cebu City to properly implement the provisions of Republic Act (RA) 9003, or the Ecological Solid Waste Management Act of 2000, within their respective jurisdictions.

RA 9003 states that local government officials and officials of government agencies concerned who fail to comply with and enforce rules and regulations promulgated relative to this Act shall be charged administratively in accordance with RA 7160 (Local Government Code of 1991) and other existing laws, rules and regulations. Officials who fail to comply may face suspension or be admonished.

In a separate interview, Cortes said to keep the Mahiga Creek clean, they need to come up with a long-term solution like relocating informal settlers living on its banks or near it.

He said the Mandaue City Government is willing to provide them with a relocation site and financial assistance.

The Mandaue City Environment and Natural Resources Office has been conducting information dissemination in the barangays to create awareness and to educate the public, as well as monitoring portions of the Mahiga Creek, Cortes said.

“Let us strive to sustain (the cleanliness). Di lang unta karon (I hope not only now), but also in the coming days,” he said.

Cortes pointed out that the city’s worsening flood problem is due to the “abusive actions.”

Cortes also expressed his gladness that the two cities were working together to address the problem.

Dacua also said they had a difficult time clearing the deeper portion of the creek.

Some of the garbage collected during the activity were fishnets, cloth, plastics and plastic bottles, among others.

Last June 23, a heavy downpour across Metro Cebu, particularly in the cities of Mandaue and Cebu, caused Mahiga Creek to overflow, sending piles of garbage composed mostly of plastic containers under the Subangdaku Bridge to overflow to the street. (JJL)