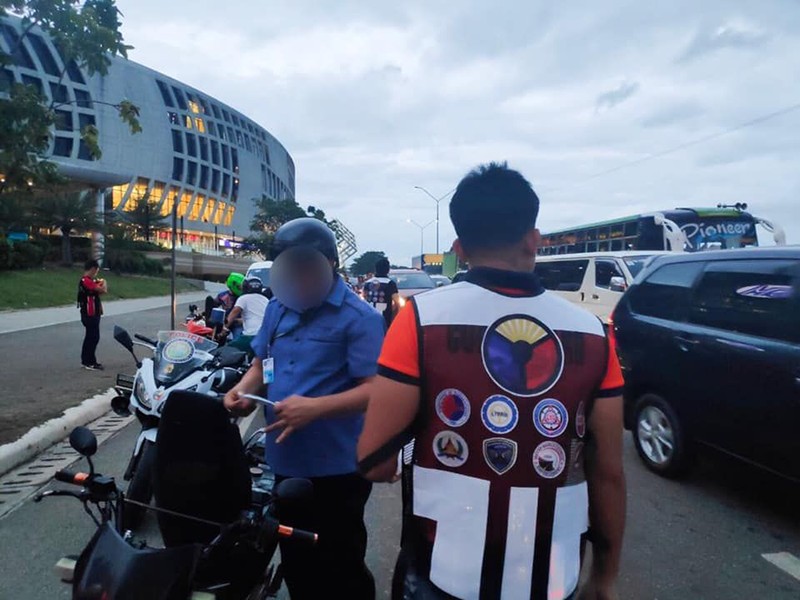 No more warnings. Drivers had been been given ample warning to heed traffic laws, so when violators were apprehended during the I-Act’s two-day operation in Cebu City and Consolacion on Sept. 12 and 13, 2019, they were immediately issued Temporary Operator’s Permits. LIFTED FROM THE FACEBOOK PAGE OF I-ACT

MEMBERS of the Inter-Agency Council for Traffic (I-Act) issued 795 Temporary Operator’s Permits (TOPs) after two days of operation in Cebu City and Consolacion town on Thursday and Friday, Sept. 12 and Sept. 13, 2019.

The most common violations were vehicles without registrations, drivers with expired license, non-wearing of seat belts, non-wearing of standard protective helmets, overloading, reckless driving and parking along the highways.

After coordinating with the Land Transportation Office (LTO) 7, I-Act, with the help of its central office, set up checkpoints on N. Bacalso Ave. and at the South Road Properties in Cebu City, among others.

The operation’s main objections were to improve motorists’ compliance with traffic rules and to clear the roads of obstructions.

LTO 7 Director Victor Caindec said TOPs were issued because there was no need to warn them , considering that several pronouncements had been made reminding them to do so.

In the past, I-Act issued TOPs from its central office in Manila, forcing violators to go to the capital to retrieve their licenses. However, Caindec said he asked the council to use local permits for this particular operation so violators wouldn’t have to go to Manila.

The violators were given 72 hours to redeem their licenses at the LTO 7. Otherwise, they would face additional penalties.

The I-Act is an output of collaborative efforts among personnel from the LTO, Philippine Coast Guard 7, Land Transportation Franchising and Regulatory Board 7, Highway Patrol Group 7 of the Philippine National Police, Department of Environment and Natural Resources 7, Armed Forces of the Philippines Central Command, Department of Public Works and Highways 7 and some local government units.

In another development, the LTO 7 has warned the public against acquiring driver’s licenses from online sellers.

Caindec said he found numerous social media accounts and groups on Facebook (FB) that offered to issue of driver’s licenses without having to go through the agency.

On his official FB page, Caindec said he has already forwarded his concern to the National Bureau of Investigation (NBI).

“If wala ka ni adto sa (If you did not go to the) LTO to apply and pass the exam, sure na nga (your license is) fake,” Caindec said.

He said the FB accounts of Mae Cyrille Generalao and Mike Laetner were offering to issue driver’s licenses in the marketplace pages on FB identified as “Cebu Tindahan” and “Online Tindahan sa Mandaue.”

Caindec reminded the public that only LTO 7 can issue a driver’s license, saying that an authentic license contains the owner’s biometrics information and facial capture data.

This was not the first time that the issue of fake licenses was brought to light.

Last July, NBI 7 agents arrested six employees of the LTO’s Licensing Division at the SM Seaside City in Cebu City and two fixers in the shortcut issuance of driver’s licenses. Applicants would get their driver’s licenses without taking the required examination in exchange for P7,500. (KFD, HBL OF SUPERBALITA CEBU / JKV )