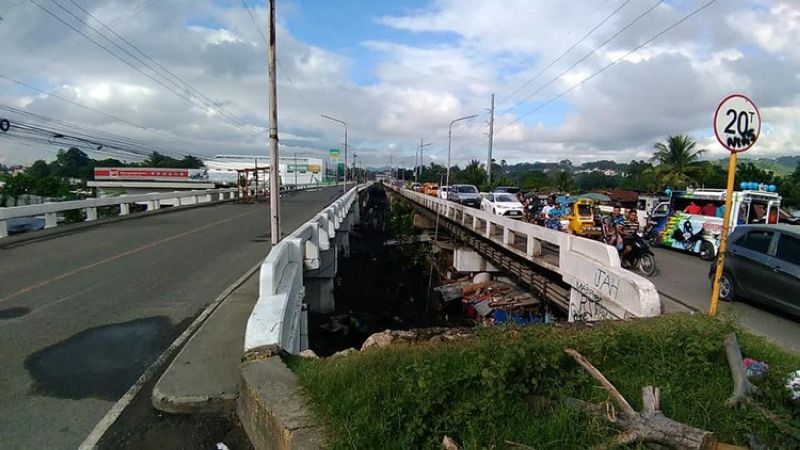 THE northbound lane of the Mananga Bridge in Barangay Tabunok, Talisay City is finally open to motorists after almost 10 months of rehabilitation.

The Department of Public Works and Highways (DPWH) 7 and the Talisay City Government allowed traffic to pass it at 8:40 a.m. on Saturday, Sept. 14, 2019.

Motorists, especially those bound for Cebu City, no longer have to use the southbound lane to get to their destination.

Tumulak had complained that work on the bridge might be further delayed after finding its surface bumpy and uneven during an inspection.

But he said the contractor was able to solve the problem.

The DPWH 7 also found the cracks that were discovered during the inspection to be merely surface cracks and would not cause any danger to motorists.

DPWH 7 Director Edgar Tabacon also assured the Talisay City Government that the bridge was safe for use.

With the bridge’s rehabilitation officially completed, Tumulak informed his counterpart in Cebu City that buses can now use the two bridges.

He said CT-Toda and the Cebu City Transportation Office (CCTO) will meet with bus operators to discuss whether to allow buses and minibuses back on the national highway or whether to confine the vehicles on the Cebu South Coastal Road.

Tumulak said they have yet to see if the opening of the bridge’s northbound lane will have any effect on traffic in the area.

In their observations, he said the congestion of vehicles starts in the Bulacao area near the boundary between the cities of Cebu and Talisay.

Tumulak said the meeting with CCTO will also address the matter. (From FMD OF SUPERBALITA CEBU / JKV)