Mighties down Trojans in E-League 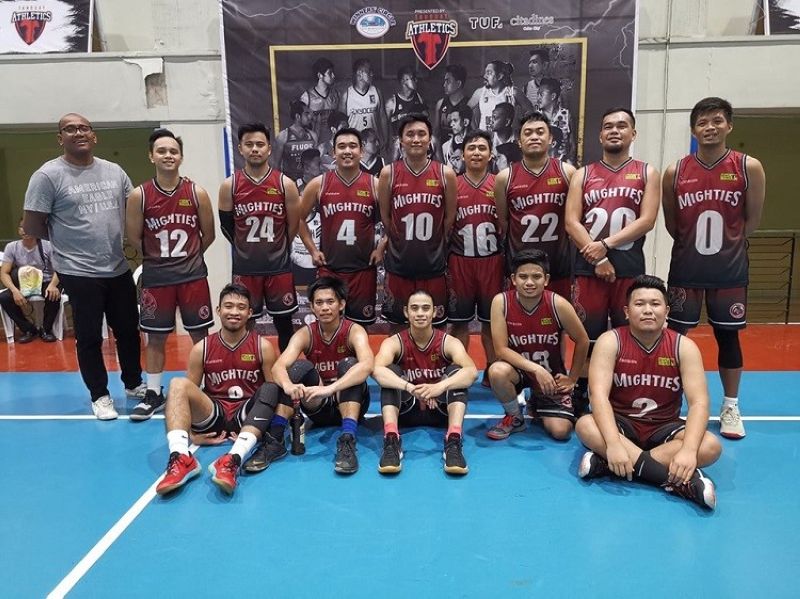 The Tech Mahindra Mighties annihilated CTC-BPO by 64 points, 99-35, in the CSCC E-Leagues for Basketball. (Contributed photo)

THE Tech Mahindra Tech Mighties decimated the CTC-BPO Trojans, 99-35, in the Evo League division of the City Sports Club-Cebu E-Leagues for Basketball at the CSCC basketball court on Saturday, September 14, 2019.

The writing was on the wall as early as the first period as Tech Mahindra stifled CTC-BPO, holding them down to just five points in the first canto to erect a 31-5 lead. By the end of the first half, the lead had already ballooned to 49-13 as the Mighties cakewalked their way to the easy win, their sixth in seven games, good for second place in the standings behind the undefeated Contact Solutions.

In the other Evo League game, the Fluor Pandas upended the Optum Knights, 71-61, for their fourth win in seven tries. Ryan Miano sparked the Pandas to the win with his 22 points, five assists and three steals.

Meanwhile in the Elite Classic division, the Sykes Pioneers continued their unbeaten run, this time taking down the undermanned Fusion BPO Dragons, 73-65, for their seventh win in a row. Victor Rabat led the team in scoring with 17 points while Janjan Auditor produced a double-double of 15 points and 10 boards along with six assists and three steals.

The Accenture Sharks also kept close with Sykes, registering a 68-60 win over the Wipro Tigers to bolster their record to 7-1. Aldene Batino led the Sharks with 15 points, 10 rebounds and four steals.

The Concentrix Converters also evened up their record at 4-4 with a 75-57 bashing of the QBE Generals. Gio Antigua and Lourenz Limpangog scored 21 and 20 points, respectively to carry Concentrix to the win.

The Dreamscape Lions roared with an 80-74 victory over the Teleperformance Vipers. Ralph “The Lion King” Belarmino was splendid in that game as he cashed in 29 points, 17 rebounds, four assists, three steals and a block. Former University of the Visayas Green Lancer Matt Oche also submitted solid numbers of 15 points, 18 boards, five assists, two steals and two blocks to help Dreamscape improve to 3-4 and send Teleperformance down to 5-3. (SunStar Cebu)