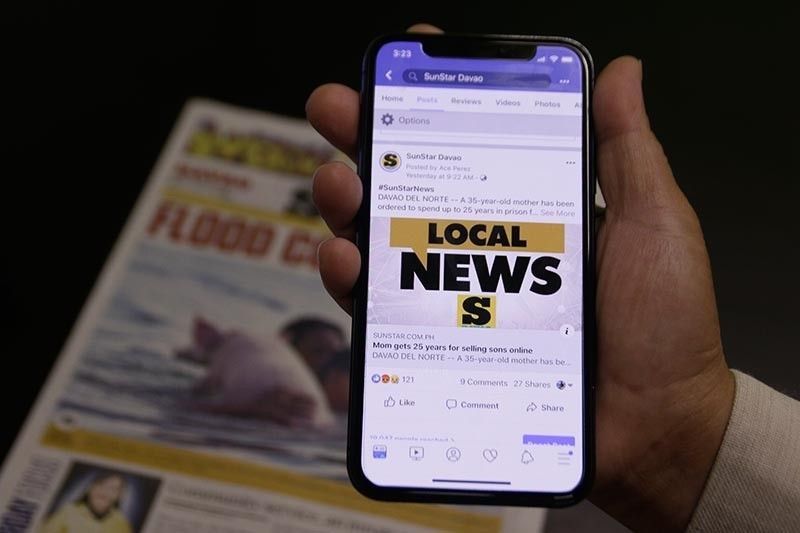 A POYNTER Institute article on how to lead a newsroom through change likens the process to the different stages of grief after a person suffers a breakup or loses a loved one.

The stages are denial, anger, bargaining, depression and acceptance. It’s hard to tell which stage a particular media organization is in but the industry as a whole went through a string of breakups, losses and talk about newspapers dying the past year since the last Cebu Press Freedom Week.

The media in Cebu saw one newspaper outfit end its print run and move to digital, circulation of remaining newspapers diminish, advertising revenues drop, the news hole get smaller and fellow journalists leave by retrenchment or resignation.

That’s one heartbreak after another.

Then, once acceptance sets in, one realizes that life continues and there remains the need for information in whatever form or manner of delivery. Cebu media companies see opportunities open up in the digital sphere, in live reporting and engaging real-time with the audience. Business models adjust and readers turn into viewers and listeners.

According to the article titled “As financial uncertainty looms, how can you lead your newsroom through change?” on the journalism resource www.poynter.org, transitions in journalism have to be managed.

Organizational change consultant William Bridges, author of “Managing transitions: Making the most of change,” was quoted as saying that, while change is a constant, “the transition process by which people get through change is well-mapped,” not unlike moving through the stages of grief.

Transformations in media involved several processes that had management and advertising collaborating with editorial and technology partners. Print and digital newsrooms become one. Metrics change from hard-copy circulation to engagements, unique users, returning traffic, live views and others. Business models move to bundling advertising placements on multiple platforms. Print journalists go in front of video cameras to bring live reports. The audience is younger and empowered.

Even the ways journalists get assaulted physically or otherwise are changing. Libel is not enough, so those with the resources add cyber libel as a second layer of accusation and penalty. Cebu journalist Bobby Nalzaro had to post a higher bail for libel and cyber libel over the same column.

Red-tagging or naming journalists as allied with communist rebels has not spared community journalists in Mindanao. Media workers in the provinces can have it worse than their counterparts in Metro Manila. Community journalists do not enjoy the same protection as their colleagues in national and bigger organizations.

The latest attack on the press was a first of its kind. Arsonists set on fire the printing house of Abante News Group in Manila in what Vice President Leni Robredo described as a “brazen assault on the free press.”

These attacks on press freedom and the changes media organizations are forced to undertake to try to survive make journalism challenging.

The journey of staying and transforming is rough. Several journalists have left because of hardship and uncertainty. Business people, some of them, have given up. But there are many who decided to stand brave and stay.

On the occasion of Cebu Press Freedom Week 2019, we ask the public to stand with us. Keep the flame of journalism alive and help uphold a free press. Understand the value of journalism in a democracy and demand that people in power recognize that.

As in the last of the five stages of grief, after there is acceptance of the changes happening, we move forward, assured that we are alive and we can succeed in these transformations.