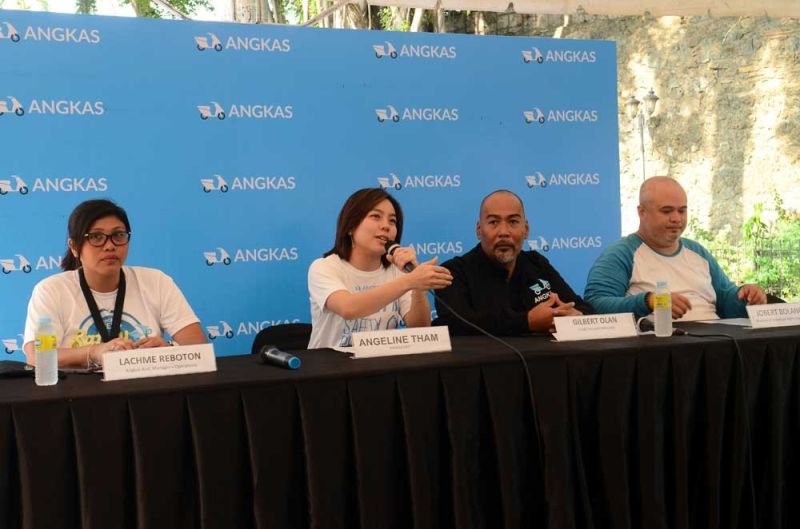 AROUND 5,000 Angkas bikers in Cebu are calling on government to legitimize their operation, saying they have improved their services.

Members of Angkas, an app-based motorcycle taxi service launched in 2016, said they have put in place measures to ensure the safety and protection of their passengers, including accident insurance coverage of up to P450,000 for their bikers and passengers and training on anti-sexual harassment.

Angeline Tham, Angkas founder and its chief executive officer, said with the training they’ve provided and the system they’ve installed, they are able to maintain “99.997” percent safety record.

“I think the statistics from the government is that 53 percent of road accidents involved are actually motorcycle accidents. This is one of the big reasons why the government was so resistant to allow a service like ours, but we’ve shown that with training and the system that we have in place, we are able to maintain a 99.997 percent safety record,” she said.

“With the screening and training that we provide our drivers for free, we train them on basic street rules: traffic lights, road awareness, a lot of these things. That’s something that we are very proud of doing,” she added.

On Sunday, Sept. 15, 2019, hundreds of Angkas bikers in Cebu gathered in an event dubbed as “Angkas Safety Fiesta” at the Plaza Independencia in Cebu City.

The event served as a “reminder” for the government to speed up the legalization of Angkas.

While the six-month pilot test for Angkas is ongoing, Tham said they have been working “very well” with the government.

“Right now, we look forward to more partnerships and to more understanding between how we do things and what the government requires from us,” she said.

Department of Transportation Secretary Arthur Tugade, in May this year, approved a six-month dry run of motorcycle taxis in Metro Manila and Metro Cebu after a public uproar when the government first attempted to stop their operations.

As part of their safety measures, Angkas has a 24/7 emergency team to help respond to any road accident and maintains a quality control team to investigate and address concerns and complaints (be it in terms of hygiene or overpricing) of their passengers in terms of their ride experience.

Aside from these, Gilbert Olan, chief Transport Advocate, also made mention of the Gymkhana, a sporting event in which an individual rider is tested on how well he can maneuver a motorcycle in a close-confined space with a coarsely route.

Aside from addressing traffic problems in the city, Tham said Angkas also aims to help alleviate the livelihood of its members.

According to Lachme Reboton, Angkas assistant manager for operations, a full-time Angkas driver earns an average of P2,000 a day.

Christopher Cañete, 36, a sales associate who works as a part-time Angkas driver, said he is proud and confident of the discipline imposed on Angkas drivers.

“Whenever I drive, my mindset is I really have to secure my passenger and to also, in a way, send him to his destination as soon as possible,” he said. (WBS)