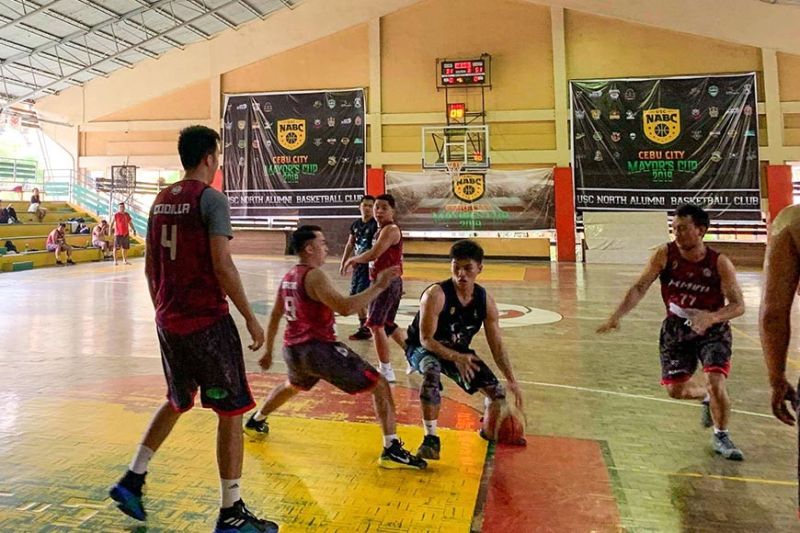 A player from the 2011 Sharks tries to penetrate the defense of 2007 Waybus in Division 3 action in the University of San Carlos (USC)-North Alumni Basketball Club (NABC) Mayor’s Cup. (Contributed photo)

THE 2013 District and the 2011 Sharks nabbed their third wins to stay ahead of the pack in Division 3 action in the University of San Carlos North Alumni Basketball Club 2019 Cebu City Mayor’s Cup Sunday, September 15, at the USC North Campus gym.

The 2013 District defeated the 2009 Legacy, 89-70, with King Osabel producing a huge double-double of 35 points and 12 rebounds to go with two assists and two steals. Meanwhile, the Sharks routed the 2007 Waybus, 80-60, thanks to the all-around outing of wily guard Dave Guardiario who had 26 points, five boards and five assists.