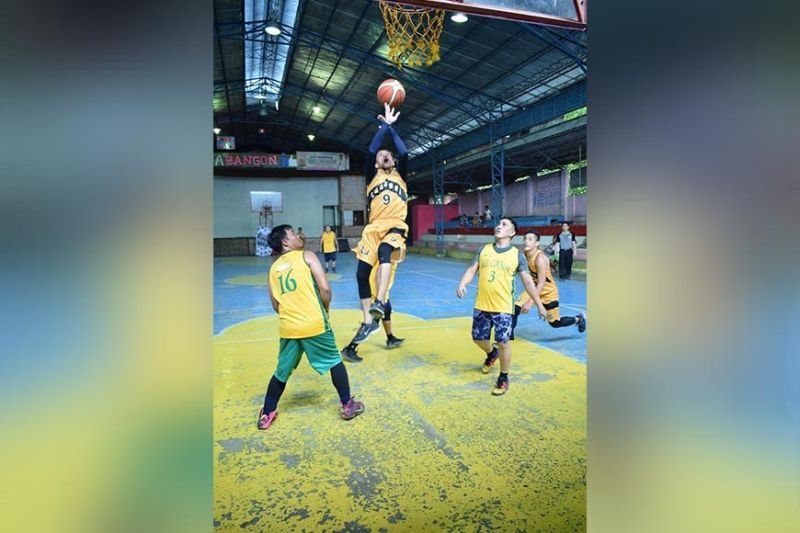 A player from Hanchoi soars over the defense of Vibes. (Contributed photo)

HANCHOI served notice of their intentions for the title as they routed the Vibes, 122-79, in the Barangay Labangon Basketball Association Second Conference on Sunday, Sept. 15, 2019, at the Labangon Sports Complex.

Jolas Belt led the scoring parade with 28 points and four assists for Hanchoi.

In other games, the Alopez downed the JG Warriors, 114-105, behind the 31 points and six rebounds of Robert Abasolo.

Fatima B also emerged victorious as it beat JRJ Solutions, 85-74, with Ludwig Pardenilla coming away with 18 points and six rebounds.

SB Harmonic won over the Mighty Tech, 84-74, as Joseph Daclan sparked them to the victory with his 15 points and two steals. (JNP)