Kalibo under state of calamity after huge market fire 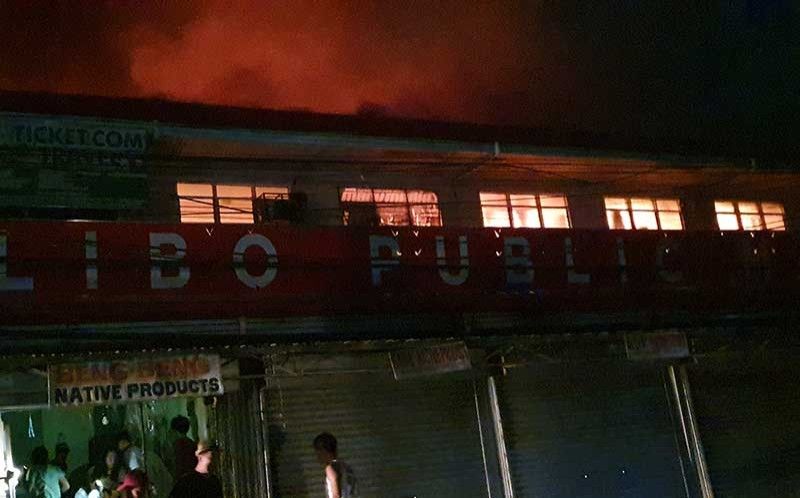 AKLAN. Damage to the Kalibo Public Market was estimated at P35 million following the fire that hit the building over the weekend. (Photo by Jun N. Aguirre)

THE town of Kalibo, capital of Aklan, has been placed under a state of calamity in the wake of the huge fire that hit the public market over the weekend.

"We had declared (the fire under) third alarm, the highest fire alarm we could declare in the province. (Based on) initial investigation, (it) seems that the cause of the fire was due to old electrical wiring," he said.

Around 300 stalls were damaged by the fire which started at 12:36 a.m. Sunday. The Bureau of Fire Protection (BFP) declared fire out at 11:37 a.m. Sunday. (Jun N. Aguirre/SunStar Philippines)