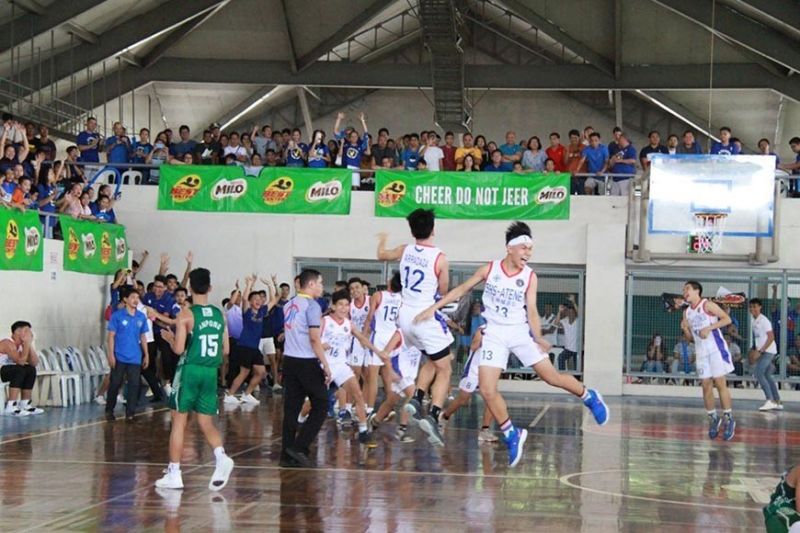 Players of Sacred Heart School-Ateneo de Cebu erupt in celebration after the final buzzer sounds, signalling their title win over University of the Visayas. (Contributed photo)

THE Sacred Heart School-Ateneo de Cebu captured its second straight Passerelle championship after it defeated the University of the Visayas (UV), 68-61, in the Cebu leg of the SBP-Passerelle Twin Tournament backed by Milo Sunday, September 15, at the Alta Vista Country Club basketball court.

However, UV did not just roll over and fought back, pulling to within six, 57-63, after baskets by Denisvee Sinoy. But Ateneo de Cebu did not blink with Bahay canning a triple and Joash Cutamora, who was eventually named as the Most Valuable Player, making a deuce to bring their lead back to 11, 68-57, with 1:45 to go.

Cutamora and Cainglet had 12 points each, the latter making four from beyong the arc. Rafael Arradaza added 10.

This is the first time that Ateneo de Cebu has repeated as Cebu champions since 2011, when they won five straight championships.