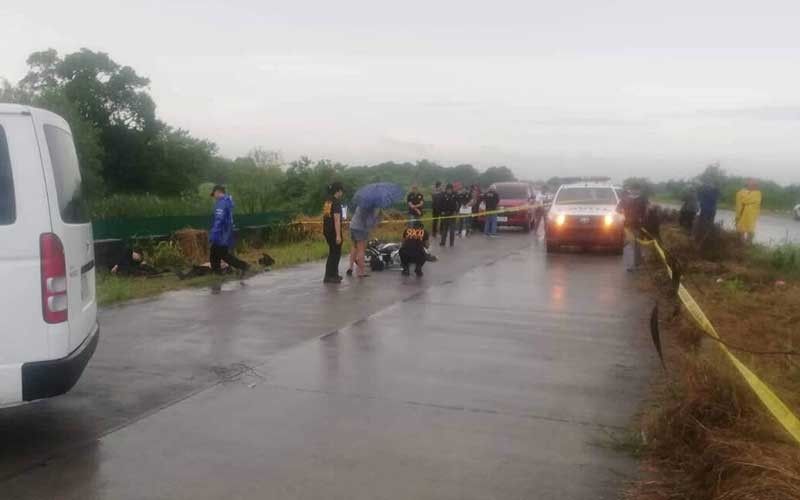 A FORMER police officer and his cohort, who were linked to the abduction of Bureau of Internal Revenue (BIR) officials, were killed in a police operation in Kawit, Cavite.

Former police corporal Arlan Aguilar and his companion allegedly tried to flee on board a motorcycle when authorities tried to serve an arrest warrant at about 2:30 a.m. Monday, September 16, 2019.

Aguilar and his companion were killed, the Cavite police said in a report.

Aguilar was the subject of a warrant of arrest issued by a Cavite court for the crime of robbery with homicide.

He was allegedly involved in the kidnapping for ransom of several BIR officials and also a member of the “Gapos Gang” whose modus was to tie up their victims before robbing them.

He was also one of the alleged suspects in the killing of former Insurance commissioner Eduardo Malinis in 2014.

President Rodrigo Duterte earlier expressed worry over the abduction of BIR officials which prompted him to order the Philippine National Police (PNP) to investigate the incidents.

PNP Chief Oscar Albayalde earlier said they were finding it hard to conduct an investigation on the kidnappings as they have not received any report from the supposed victims.

In August, one suspect allegedly involved in the kidnapping of BIR officials was killed while three others were arrested in simultaneous operations conducted by the National Capital Region Police Office in Caloocan City, and Marilao and San Jose Del Monte in Bulacan. (SunStar Philippines)