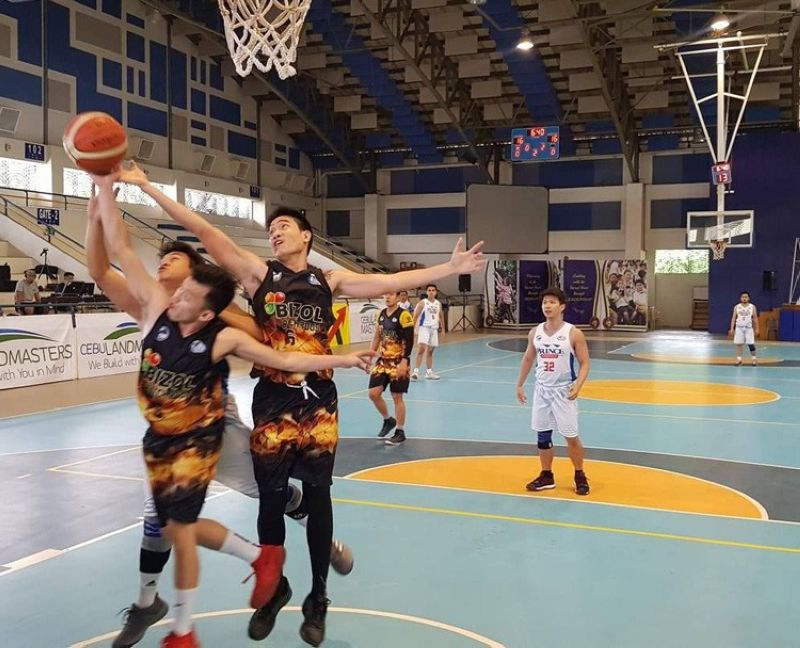 The 2005-Bizol and the 2006-Laptap Enterprises/Prince Warehouse battle for the loose ball in Division B of the Sacred Heart Ateneo Alumni Basketball Athletic Association (SHAABAA) 2019 Cebu Landmasters Cup on Sunday, September 15, 2019, at the Magis Eagles Arena in Mandaue City. Bizol eventually took the win against Laptap/Prince Warehouse. (Contributed photo)

THE apple does not fall far from the tree.

This old adage was proven once again by Elddie Cabahug — the son of former PBA great Elmer Cabahug — as the hotshot scored an incredible 27 straight points to lead the 2005-Bizol past the 2006-Laptap Enterprises/Prince Warehouse, 77-60, in Division B of the Sacred Heart Ateneo Alumni Basketball Athletic Association (SHAABAA) 2019 Cebu Landmasters Cup on Sunday, September 15, 2019, at the Magis Eagles Arena in Mandaue City.

With the game tied at 50-all, the ambidextrous Cabahug went on a scoring binge that has never been seen before in this league, dropping in one basket after another — including at one point, five straight straight three-pointers — to bust the game wide open.

Cabahug ended up with 44 points and eight rebounds In Division A, the 1990-Bayfront defeated the 1999-AutoLAB, 61-52, as forwards Joel Co and Dave Lim registered double-doubles. Co, the former pro, had 22 points, 17 rebounds and five assists while Lim, the many-time SHAABAA MVP, added 17 points, 19 rebounds and six steals.

In Division C, the 2012-Pioneer Auto Supply destroyed the 2010-Casino Ethyl Alcohol, 104-60. Six different players scored in double figures for 2012 but it was Dandan Tecson who shone the most with his 24 points. Patrick Go nearly pulled off another triple-double as he had 12 points, nine rebounds and 12 assists as well as five steals.