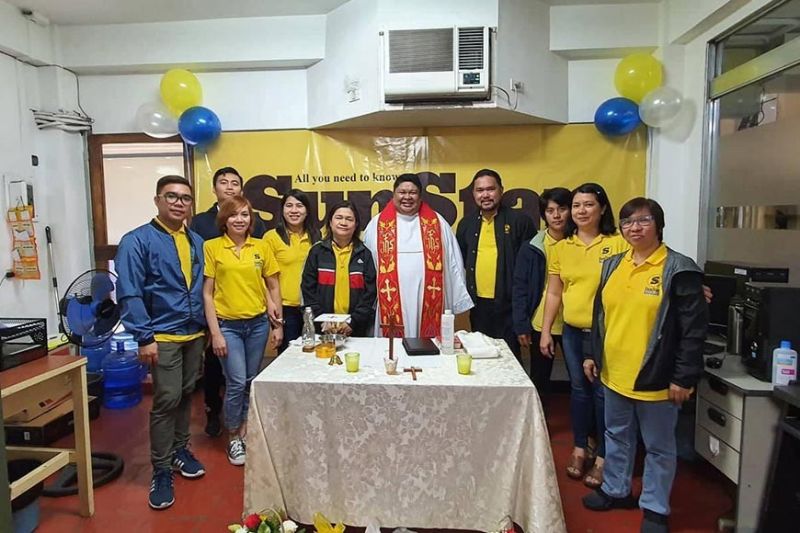 TOP officials in Negros Occidental and other stakeholders have expressed high regards to SunStar Bacolod for its dedication to public service and sustaining an excellent brand of community journalism.

As he greets the publication on its 11th anniversary, Governor Eugenio Jose Lacson said this year's celebration of another milestone confirms SunStar Bacolod's dedication of service to constituents by keeping abreast with the needs and trends of the media industry, thereby boosting the people and the society to be well-informed and empowered.

"Through your excellent practice of your profession, we can continue strengthening the well-being of our community," he said.

Lacson expressed hopes that this milestone may equip the paper with greater confidence, dedication, and excellence as it upholds its vital role as agent of development.

"May this significant event inspire you and serve as an opportunity to rekindle a new spirit of optimism and confidence as you lead your agency to greater heights," the governor added.

SunStar Bacolod is a member of the largest network of community newspapers in the country. It celebrated its 11th year on September 11.

For more than a decade, it has remained a strong witness of the biggest and significant events in the province especially in Bacolod City.

Mayor Evelio Leonardia said the paper has been around and part of the city. In fact, he said it is hard to imagine Bacolod without SunStar.

Leonardia said he is hopeful that SunStar Bacolod will continue to do a good job and be part of the city's growth and development that is unfolding.

"We wish you could be a positive contribution to accelerate. What we wish would make Bacolod reach the greatest heights ever so you will have a role to play," he said.

"As I congratulate you, I also appeal of more of your support and cooperation," the mayor added.

Vice Mayor El Cid Familiaran, for his part, congratulated SunStar Bacolod for its 11th year of fair and balanced reporting and for informing the public of what's happening in the community.

SunStar Bacolod has also been serving as an active partner of various stakeholders, especially in spurring growth and development in the province.

Harold Brian Geronimo, senior assistant vice president and head of Public Relations and Media Affairs of Megaworld Corporation, said their partnership with SunStar Bacolod has been very productive during the past years.

"We, here in Megaworld, are very grateful to all your support through the years and we look forward to more partnerships in the future. To the men and women of SunStar Bacolod, happy anniversary to you. More power," the property giant official said.

"Your reporters and writers have helped us propel the livestock industry of Negros Occidental," Decena told SunStar Bacolod.

"Again, thank you very much. We hope we will continue this partnership to provide enough livelihood to our people - the Negrenses," he added.

Other stakeholders also commended the commitment of the newspaper in bridging their causes for the good of the sector they serve.

He lauded the paper for being both informative and entertaining. But most of all, for accurately reporting the news and not giving its opinion.

"Thank you very much and may God bless your outfit and all the staff for another 11 years of fruitful service to the community," Carbon added.

For Wennie Sancho, secretary general of General Alliance of Workers Association and labor representative to the Regional Tripartite Wages and Productivity Board-Western Visayas, SunStar Bacolod is their partner in labor advocacy by featuring the oppression of workers to wage increase as a manifestation of concern in the working class.

Moreover, readers also cited the contribution of SunStar Bacolod to their daily lives.

For student Leslie Yamyam, the paper has helped them in providing the information they need.

Security guard, Jeff Bucado, and vendor, Jonard Javier, said SunStar Bacolod has been their source of news and information.

SunStar Bacolod has vowed to continue its function of not only informing, entertaining, and educating the public, but also empowering the community. (With reports from Teresa Ellera)