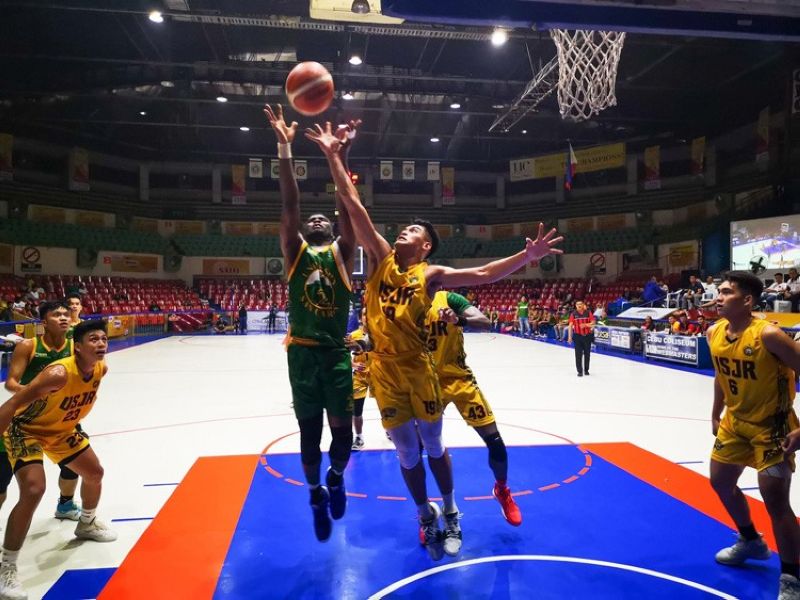 USC's Sommy Managor, seen here going for the rebound against USJ-R's Elmer Echavez, will be a marked man against CIT-U during the 2019 Cesafi men’s basketball tournament on Tuesday, September 17, 2019. (SunStar photo/ Jonas Panerio)

THE University of San Carlos (USC) Warriors are leaving no stones unturned as they shoot for their third win when they take on the Cebu Institute of Technology- University Wildcats in the 2019 Cesafi men’s basketball tournament on Tuesday, September 17, 2019, at the Cebu Coliseum.

Sporting a 2-1 (win-loss) record after defeating the University of San Jose-Recoletos Jaguars, 62-55, last weekend, USC is leaving nothing to chance especially against an all-local Wildcats squad that put a huge scare into USJ-R before eventually losing 67-72.

“We’re preparing not only physically but also our mindset,” said veteran sharpshooter Froilan Mangubat, who is still looking for his breakout game after scorching the nets in the preseason.

“Just because they don’t have import does not mean we won’t take them seriously,” Mangubat added.

CIT-U on the other hand, is looking to tighten up their defense as they strive to barge into the win column after finishing the preseason with just one victory.

“We’re really focusing on defense. Most of their guards are shooters and their import is really good at passing from the post,” said the Wildcats’ senior marksman, Jemcerson Sable.

Meanwhile in the high school division, the CIT-U Wildkittens seek their second win in a row when they battle the Cebu Eastern College Dragons at 5 p.m. (SunStar Cebu)