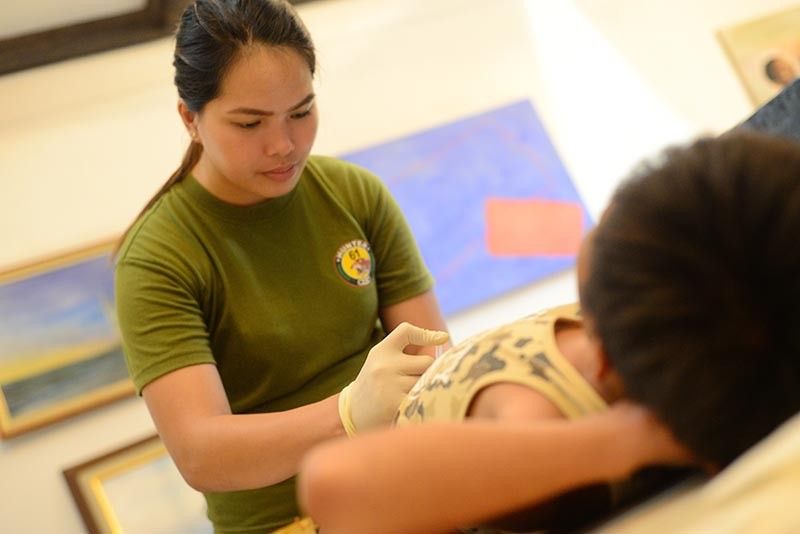 ILOILO. A civilian volunteer of the 61th Infantry Battalion performs a circumcision to a 12-year-old boy at Sulu Garden in Miagao, Iloilo during a medical-dental mission Sunday, September 15, 2019. (Leo Solinap) 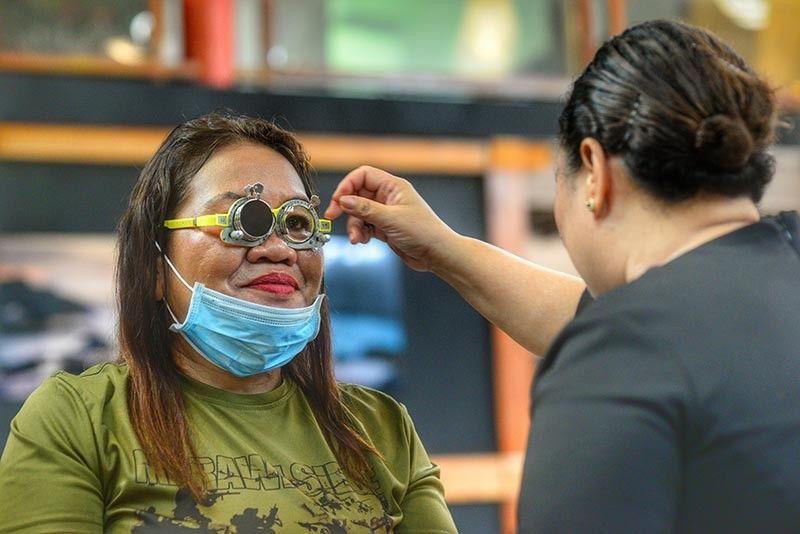 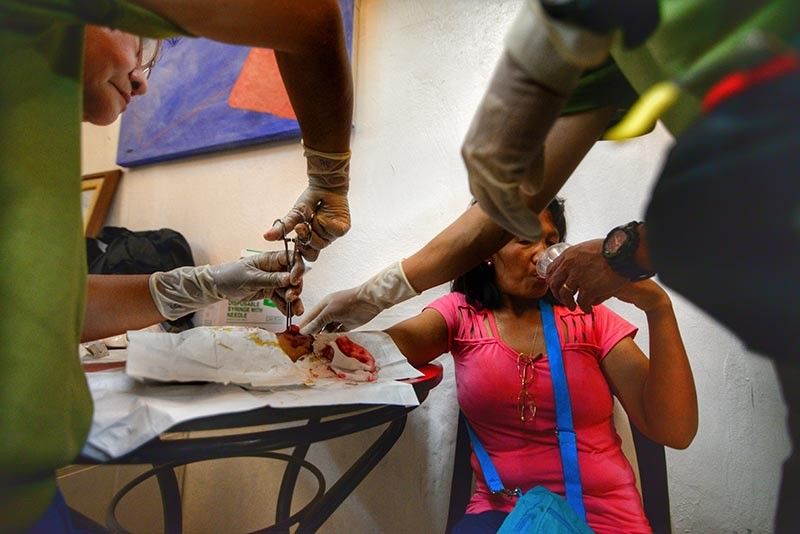 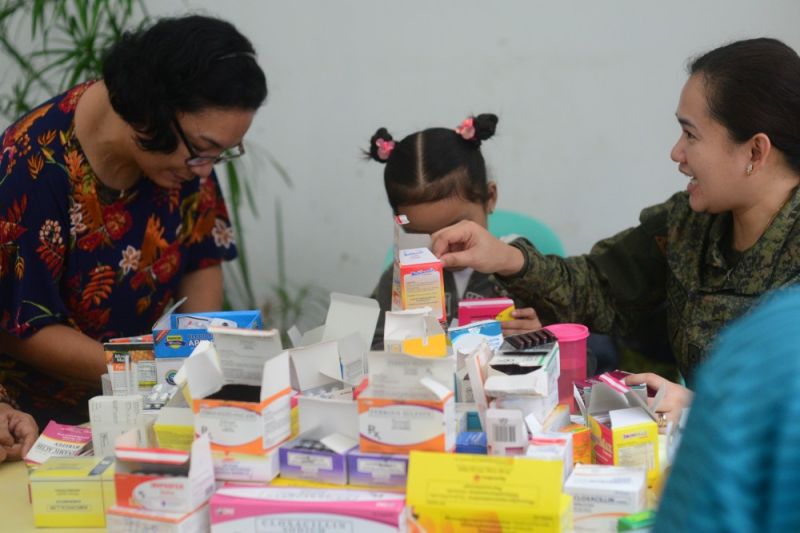 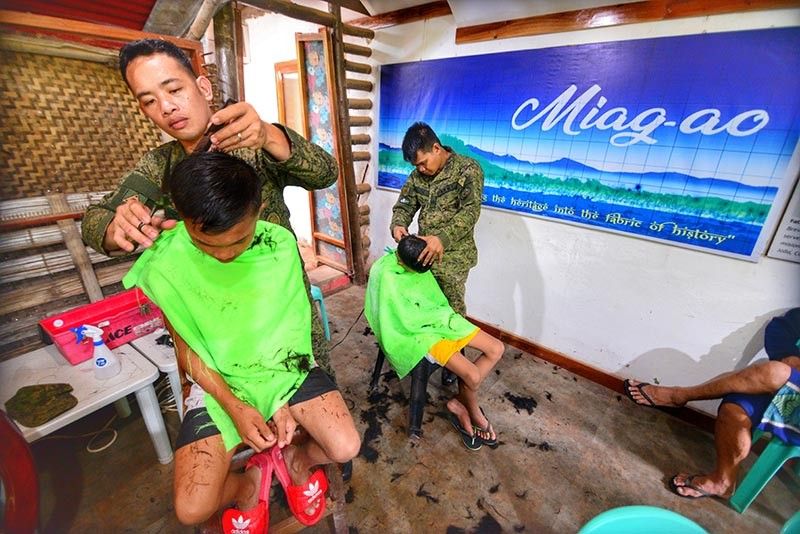 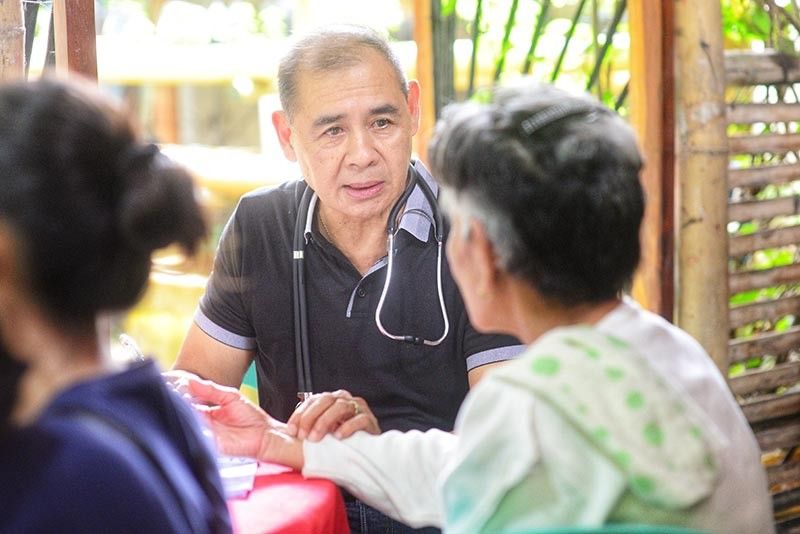 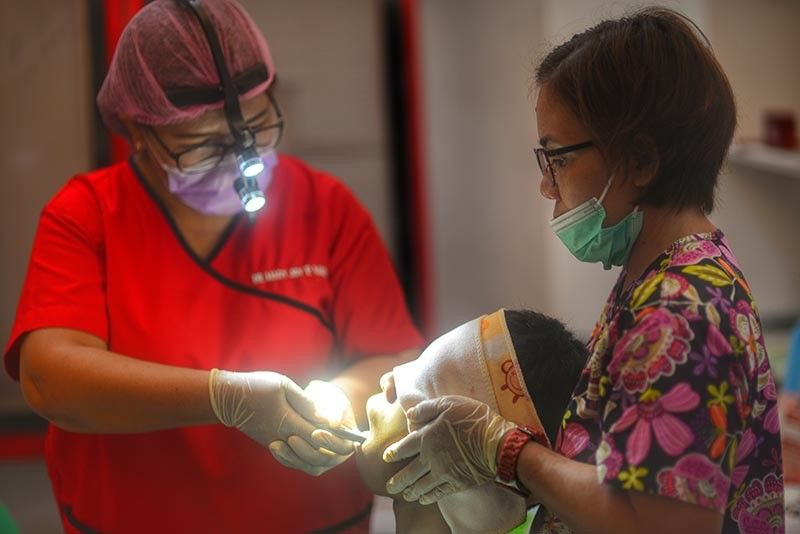 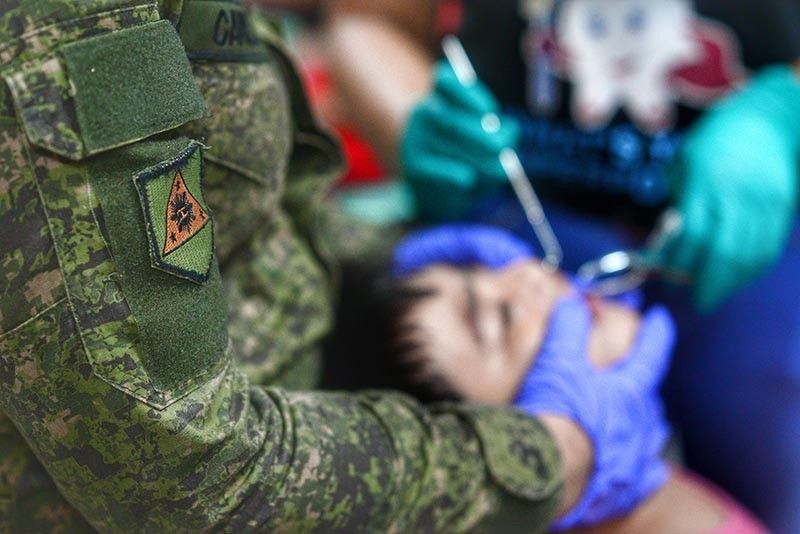 MORE than 250 people have availed themselves of the medical, dental, and surgical mission of the 61st Infantry Battalion (61st IB) of the Philippine Army that was done in partnership with Sulu Garden in Miagao, Iloilo Sunday, September 15.

Most of the beneficiaries were children and senior citizens who availed themselves of services ranging from minor surgeries to circumcisions, dental, optical, and medical consultations.

The Art Gallery and Architectural/Artists' work areas of the Sulu Garden were converted into operating rooms, dental facilities, optical, and other support services.

The medical mission was held in partnership with Sulu Garden, a restaurant in Miagao.

"If it's not raining, more people would have come and availed the free medical and dental services," she said.

Medicines, sponsored by Sulu Garden and Department of Health (DOH), were also given for free.

The medical team was composed of two dentists, five medical doctors, one optometrist, and other medical volunteers.

Miagao Mayor Macario Napulan, who has medical background and experience, also joined the mission, as he gave free medical consultation.

Children also availed themselves of free haircut from the soldiers of the 61st IB.

Free reading eyeglasses were given to senior citizens who have reading problems.

The 61st IB has conducted several medical missions in its area of responsibility that comprises the provinces of Iloilo, Antique, Capiz, and Guimaras.

Miagao has 119 barangays and Napulan said the town has the most number of villages in the whole country. It is a first-class municipality and has more than 67,000 residents.

The 61st IB headquarters, which is based in Camp Monteclaro, is located in the town proper. (Leo Solinap/SunStar Philippines)