Bzzzzz: Paco jailed only at night; Almendras back at Manila Water 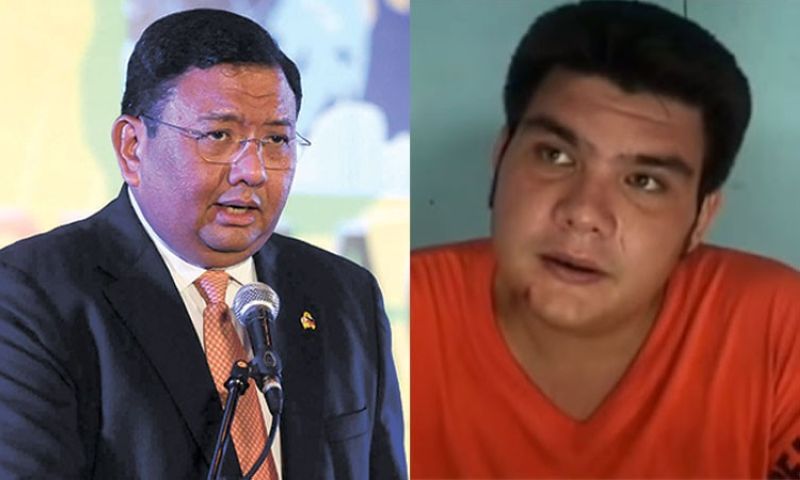 NOT as odd as you think.

[1] ABANDONED NEWS BEAT. Interesting bit of trivia relayed to us during Cebu Press Freedom Week: The chapter of the justice beat under the umbrella of Cebu Federation of Beat Journalists (CFBJ) is left with only one member, Lloyd Suarez of dySS and GMA.

The good thing is that he can cover the beat, as well as represent it in CFBJ, without any competition. The downside is that audiences of other news outlets may feel shortchanged because an important beat is being shut out. (Not all the time because they send out reporters for a big story.)

News editors in most of mainstream media have to juggle their depleted news crew and pick the stories to cover.

[2] WHOM TO LISTEN TO. Presidential Spokesman Salvador Panelo's advice to people like Vice President Leni Robredo who said she is confused by what the president says and what his mouthpiece Panelo says:

In case of doubt, whom will one trust for official policy? Not the spokesman, particularly when he says one thing after the president says another thing. The prudent response may be to suspend judgment until it is made clear. But who else can make it clear when the president is not bothering to clarify? The spokesman?

How Paco is doing

Paco Larranaga, the most prominent convict among the Chiong 7, is the least exposed among the group amid the controversy over the release of prisoners under the controversial GCTA law on reduced sentence by good conduct. The freedom-for-sale scandal has not affected Paco much, if at all.

Why, he is not jailed in the country. He is in Spain, serving his term of multiple reclusion perpetuas under Spanish law.

"Paco Larranaga, a Fil-Kastilaloy, is now said to work in the day as chef and returns to jail at night in Christian Spain. Are we not a dominantly Christian nation too? Many of us are baptized when we are too young to object, at baptism and later, and learned core values that have stayed with us, or should have."

What does he mean there, for Christian Philippines to follow Christian Spain in handling prisoners meted with multiple life sentences?

Saguisag also mentioned that a defense lawyer -- "the highly regarded," Ray Armovit, "a 1954 bar topnotcher" -- was one of those who, the former senator said, doubt the guilt of those convicted in the Chiong kidnapping-rape-murder case in Cebu. The columnist also threw in the story of the suicide of the "convicting judge," which, he said, "intrigues."

Larranaga, he didn't mention, was luckier than the rest of the Chiong Seven. If what he disclosed is true, Paco has to stay in jail only at night and Spanish jails are presumably much more comfortable than the extremely congested Muntinlupa.

A Cebuano runs Manila Water again: Jose Rene Gregory D. Almendras. He is director, president, CEO and chief sustainability officer of the Ayala firm. Not a new job for Almendras as he was its president and COO before he left company in 2010 to join the government as then President Noynoy Aquino's energy secretary. He later became Cabinet secretary and then foreign affairs secretary.

He rejoined the Ayala group of companies in 2016.