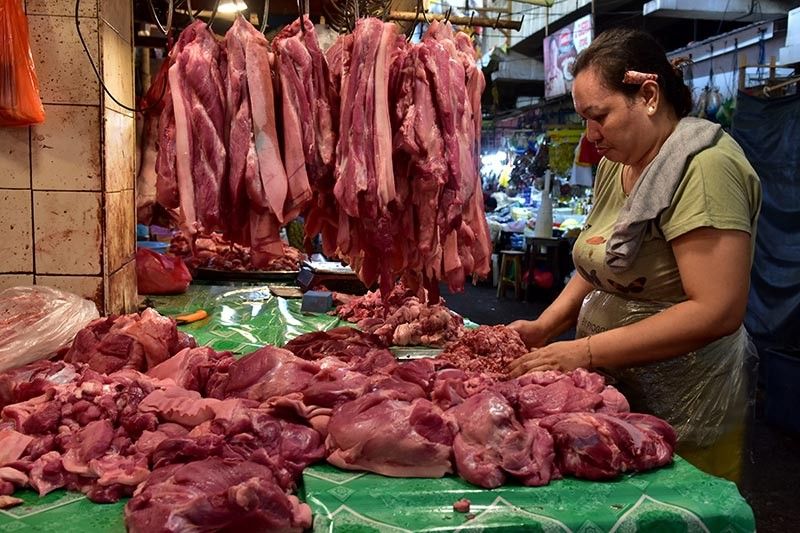 DAVAO. The Davao City Veterinary Office assured Dabawenyos that the city remains African Swine Fever-free and is looking closely to local hog raisers to ensure that they follow the biosecurity protocol. (Macky Lim)

WHILE the Davao City Government has not issued any order yet banning the entry of hogs and pork products from outside the city, the City Veterinarian's Office (CVO) reminded both hog raisers and consumers to take precautionary measures to prevent the entry of African Swine Fever (ASF) in the city.

The call came on the heels of Bureau of Animal Industry's (BAI's) confirmation Monday, September 16, of an outbreak level in some parts of the country.

But as of 2:30 p.m. Monday, September 16, Agriculture Secretary William Dar has not confirmed reports that ASF cases in the Philippines have reached outbreak level.

Esther Cherrie Rayos, CVO assistant veterinarian and ASF focal person, said prior to the Department of Agriculture's (DA) confirmation of the first outbreak of ASF in the country, the city already formed a task force through Executive Order 37 (EO 37) signed by acting Mayor Sebastian Duterte.

The ASF task force will have the support of technical support teams that will be responsible for the preservation and protection of the city's swine industry, namely, the Rapid Action Team, Surveillance Team, Quarantine Team, and the Census Team with various agencies and departments as members.

She reminded hog raisers, both commercial and backyard, to follow strict "biosecurity measures," such as using disinfectants after removal of organic material, and avoiding feeding pigs with swills or "lamaw."

She also advised them to report to the CVO or concerned agencies any sign in pigs' health.

She, meanwhile, encouraged consumers to patronize locally-produced meat, saying it is "still safe for consumption."

Although Rayos said they are still awaiting the official BAI statement as of Monday afternoon, she said she has not received reported cases that manifested symptoms similar to those with ASF.

"We already conveyed meetings with various stakeholders, including the hog raisers association. We also had personnel per district in the city to conduct massive IEC (information and education campaign)," she told Sunstar Davao in a phone interview.

She said they will strengthen their surveillance and monitoring in all slaughterhouses in the city.

Rayos said the CVO will deploy animal quarantine personnel and install footbaths in all checkpoints in the city.

"We will monitor the incoming transport of animals. These include other livestock animals such as chicken. We will also be asking for proper documents before they will be allowed to enter in the city," she said.

Meanwhile, Rayos said the city must issue an executive order for the banning of all meat products outside the region.

In a previous article, City Council majority floor leader J. Melchor Quitain Jr. said the city will be filing a resolution for its ban.

She said the city is ready to aid affected hog raisers in case the ASF will enter the city.