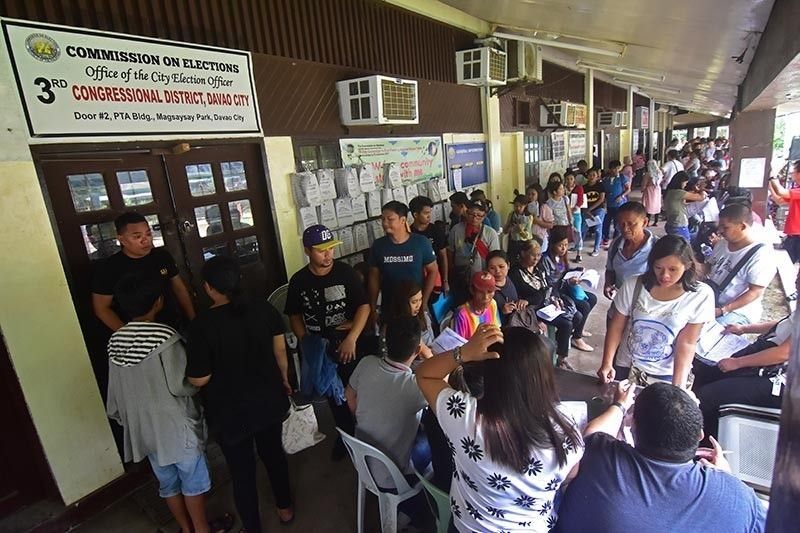 THE Commission on Elections (Comelec)-Davao said that around 87,000 voters in the city's first district were deactivated for failure to vote in the past two elections.

In an interview Monday, September 16, with lawyer Krisna Samantha Caballero, spokesperson of Comelec-Davao, she said some of the voter's registration status have been deactivated by their office for failing to vote during the Barangay and Sangguniang Kabataan election and 2019 midterm polls.

She said they are reminding those who have been deactivated to go to their office and file application for reactivation to be able to exercise their right to vote in the upcoming elections.

"We have to cleanse and we have to update our system from time to time, so for those who did not vote in two succeeding elections...then we have to activate them," Caballero said.

The data she provided is only from the first district of Davao City. There are 389,000 registered voters in the district.

"That's why we strengthen our information dissemination para maka-reactivate but there are also a few who have already reactivated," she added.

Caballero said that during elections, one common problem they notice is that some voters do not find their names at their precincts. It is only then that they find out their voter's status has already deactivated.

Thus, Caballero encouraged the people to get the reactivation form and fill it out as soon as possible.

"They have to double check these names of deactivated voters. Nakabutang na sa gawas sa atoang opisina, per barangay na siya (Their names are in a list posted outside the barangay hall). Dapat kung makita nila nga wala na ilang pangalan, they really have to file for reactivation (If they cannot find their names on the list, they have to file for reactivation)," Caballero said.

The application for reactivation will end on September 30, which is also the deadline for voter's registration.