170 vehicular accidents recorded in one week 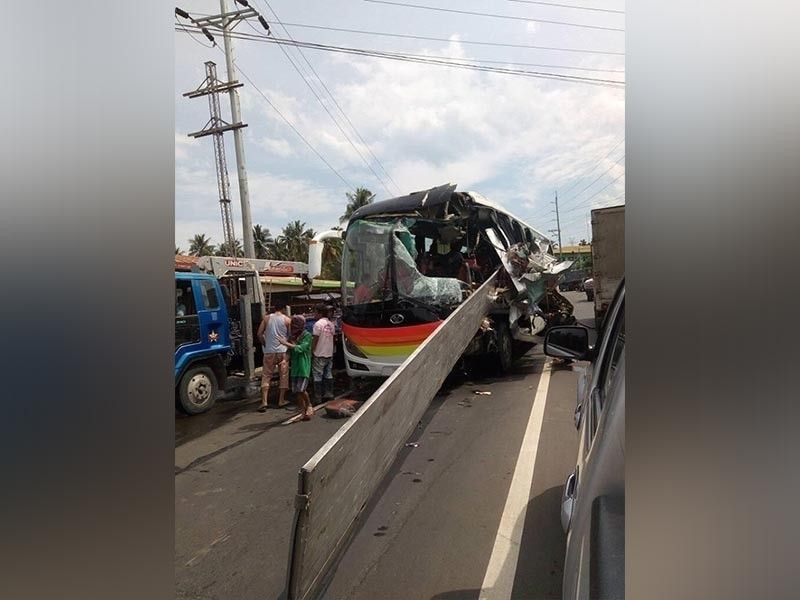 IN JUST a week, the Davao City Police Office (DCPO)-Traffic Group (TG) recorded a total of 179 vehicular collisions across the city, with 11 fatalities and 78 injured, from September 9 to 15.

Police Lieutenant Colonel Nolan Raquid of DCPO-TG said that of the 78 injured, eight were seriously wounded, while 70 sustained minor injuries.

In an earlier report, four persons were confirmed dead, while 15 others are recuperating in a hospital after a fatal crash September 10 afternoon along McArthur Highway, Central 1 in Barangay Binugao, Toril, Davao City. The accident involved a Hino Truck Aluminum Wing Van and Mindanao Star bus.

An unidentified female was also declared dead while undergoing treatment.

On September 11, four other individuals were killed while onboard a truck loaded with construction materials after it figured in an accident along Diversion Road.

Authorities have been reminding the public, especially motorists, to be extra careful to prevent possible road mishaps. They were also reminded to obey traffic rules.