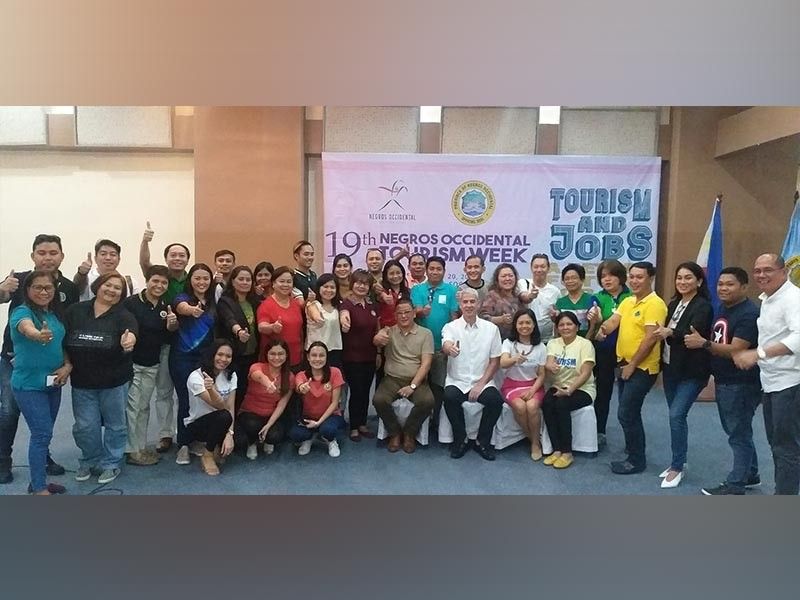 WHILE Negros Occidental is undoubtedly one of the prime food destinations in the country, the province has to take this as a motivation to continually innovate its cuisine and food products with a spin of Negrense creativity.

This was underscored by Governor Eugenio Jose Lacson during the food parade, which is part of the ongoing 19th Provincial Tourism Week celebration, at the Negros First Hostel Function Hall in Bacolod City Monday, September 16.

Lacson said a lot of visitors coming from different areas would always mention about the food of Negros Occidental.

"After many years, Negrenses have already developed the same kind of tastes," he said, adding "it is a challenge to Negrenses to also innovate in the way we prepare our food because we cannot expect visitors to keep coming back here with the same kind of food."

In his speech, the governor took pride that more than just sugar, Negros Occidental is also known for its delicacies, cuisines and famed Negrense hospitality.

"When we talk about the famous Negrense hospitality, what first comes to mind are the gracious people and our cuisine," he said.

Lacson stressed that food is a Negrense's expression of love and hospitality. Food is more than just a fuel for the body. In Negros, food is an experience.

The top official underscored that while preserving the heritage and heirloom of recipes, Negrenses should put premium on innovation.

"I am very confident that Negrenses will always come up with different cuisine," he said, adding that "our food tourism will continually gain momentum and will put Negros Occidental in the map of the best global food destinations."

The food parade has become an annual activity during the tourism week celebration mainly aimed at showcasing some of the best delicacies and cuisine of the 32 cities and municipalities in the province.

Some of these food products included the piaya of Silay City, organic lechon of Kabankalan City, chicken Inasal of Bacolod City, puto of Manapla, the sweet lanzones of Talisay City, and "Pan de Dapog," coconut jam and bukayo of Sipalay City, among others.

Local government units (LGUs) are also challenged to improve the "face" of the food that they are presenting, the governor said.

For her part, Provincial Supervising Tourism Operations Officer Cristine Mansinares said innovation should include better presentation for food preparation during celebration and packaging for pasalubong items.

"It is also an advocacy of the Provincial Government together with the Slow Food Negros Movement to identify food items that are not being used now because of the easily accessible condiments," she said. "We wanted food establishments to utilize these ingredients, herbs and spices being sourced out here in the province."

The Provincial Government, through the Negros Occidental Tourism Division, is enabling local food producers to innovate through trainings and other interventions like tapping other agencies like the Department of Trade and Industry and Department of Science and Technology.

Themed "Tourism and Jobs: A Better Future for All," the Provincial Tourism

Week celebration runs from September 13 to 20.