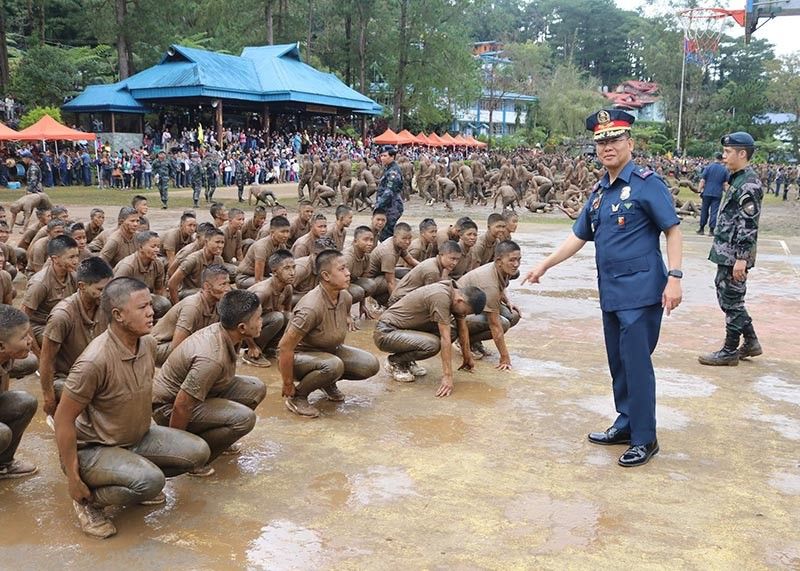 THE Police Regional Office–Cordillera (PRO-COR) boosted its human resource after 600 new police officers took their oath as members of the organization at Camp Bado Dangwa in La Trinidad, Benguet on September 23.

The newly appointed 600 police are composed of 480 males and 120 females who underwent and passed the tough screening process under the recruitment program of the regional police.

During the ceremony, members of the recruitment and selection Board were accorded with appropriate Awards for their efforts in efficiently supervising the selection process.

Brigadier General Israel Ephraim Dickson challenged the rookies to stay away from illegal activities because of their timely membership to the police organization which is currently gaining ground in the fight against illegal drugs, terrorism and other forms of criminalities.

“With you as additional force, I know we can do so much in giving protection which the people need to ensure safety and security” Dickson said.

After the oath taking ceremony, the new police personnel underwent a series of physical exercises as part of the reception rites to determine their endurance and to determine if they really are fit to be part of the PNP.

The new breed of officers were turned-over to the Cordillera Administrative Region Training School (CARTS) and were received by Police Colonel Manolito Parazo, regional training director.

They will be undergoing the Public Safety Basic Recruit Course (PSBRC) for six months followed by another six months Field Training Program (FTP).

After completion of the one year training, they will be qualified for permanency who will receive a basic monthly salary of P29,668 aside from allowances and other benefits.

The new vacancies intend to beef up the manpower of PROCOR to further strengthen PNP capabilities.

At least 39 non-uniformed personnel have also taken their oath to be part of the regional command.