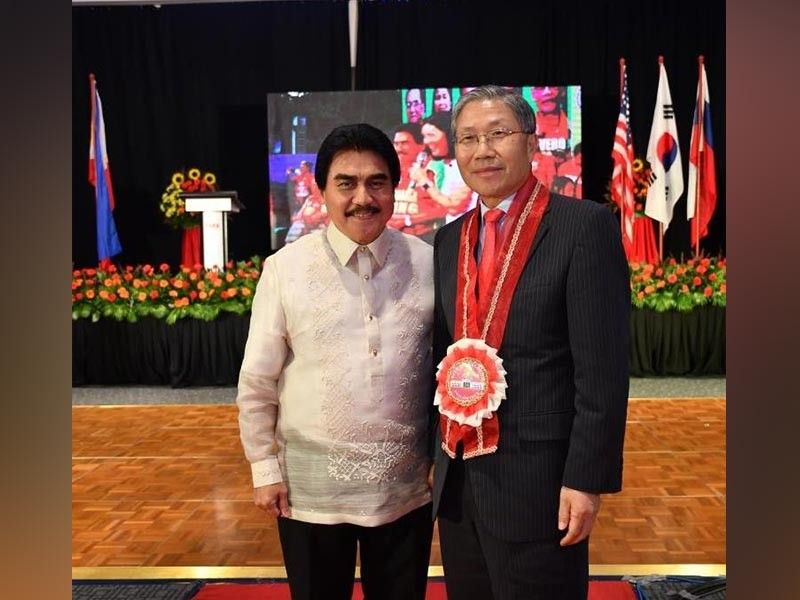 BACOLOD City Mayor Evelio Leonardia is among the “distinguished visitors” from 14 countries currently attending a fellowship and cultural exchange program in Seoul, on invitation by South Korea Ambassador Han Dong-man.

The Bacolod mayor is attending the “Korea Foundation Program for Distinguished Guests in Political Affairs” that runs from Sept. 15 - 21.

Leonardia said, “It is an honor to be in this program, as chosen by Ambassador Han Dong-man.”

“Bacolod has already established a relationship with South Korea. They even sent their cultural performers and K-Pop group to Bacolod last year. And because of big Korean student population in our city, we have more reasons to nurture this relationship,” the mayor added.

The other delegates are from India, Turkey, Argentina, Ethiopia, Madagascar, Senegal, Tajikistan, Gabon, and Kyrgyzstan.

The Korea ambassador had attended the inauguration of Leonardia on his sixth term as mayor, last July.

It can also be recalled that Bacolod has forged a sisterhood agreement with Andong City, and has been sending MassKara Festival dancers to Andong City, Daegu City, and Ulsan City.

Bacolod is the only Philippine city that is a member of IMACO (International Mask Arts and Culture Organization) based in Andong City. Bacolod will host the IMACO International Conference in November this year. (PR)