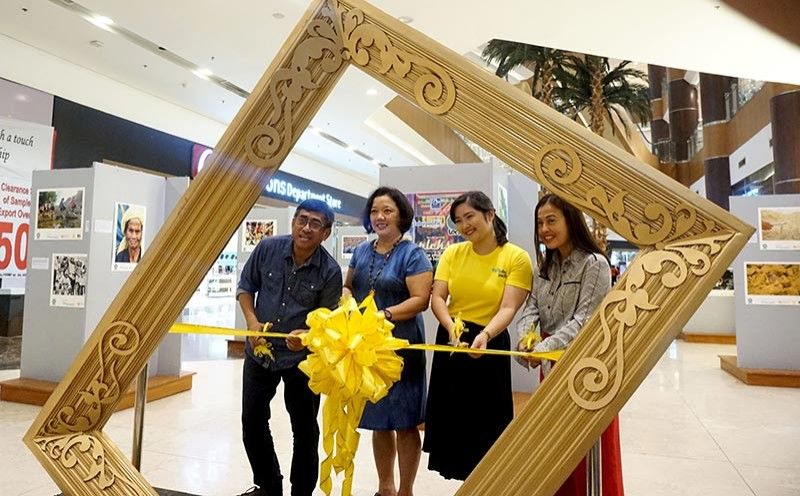 EXCELLENT photojournalists do have an extra set of eyes—their cameras and good judgment, the cerebral eye that pushes them to capture shocking or stirring subjects; heartbreaking or inspiring images.

On Monday, Sept. 16, 2019, Lens—Cebu’s pack of photojournalists and videographers—opened its exhibit titled “Repleksyon,” showcasing its members’ works that focus on Cebuanos’ resiliency and hope amid tragic events.

Some images on display are related to the Naga City, Cebu landslide, which claimed some 80 lives and displaced hundreds of residents on the morning of Sept. 20, 2018.

A picture of Superbalita Cebu correspondent Alan Tangcawan shows feet that jutted out of the rubble—a reminder that the tragedy came swift and death took some residents while they were still asleep.

SunStar Cebu photo group chief Alex Badayos’s image projects the hand of a person lighting candles for the loved ones who perished in the landslide—a moving image of invincible faith.

The exhibit, which is part of the 27th Cebu Press Freedom Week (CPFW), runs until Sunday, Sept. 22 at the first level of Robinsons Galleria in Cebu City. It is organized by Lens in coordination with Bigseed and sponsored by Cebu Pacific, Robinsons Galleria Cebu, Denny’s, TGI Fridays and F8 Photo.

Badayos, the long-time Lens president, said the group decided to show to the public that they have their eye on social issues.

“Last year, we featured travel and the environment,” he said.

For this year’s CPFW, Lens resolved to show the tough side of life; the issues that affect Cebuanos—problems on garbage, illegal fishing and dengue, among others.

“Our works reflect what’s happening in the society just like the Naga tragedy, which was caused by quarrying activities,” Badayos said.

Documentaries and news reports by videographers from Cebu-based TV networks are included in the exhibit.

“This is a multimedia approach. This is the first time we are featuring these works,” Badayos said.

Aware of the fast-changing media landscape caused by Internet-based new media, Badayos said they have to reinvent themselves.

“Photojournalism in the Philippines, particularly in Cebu City, is affected by the digital evolution. The trend now is changing. Everybody can take pictures using their cell phones and they can send the images right away,” he said.

Badayos himself, aside from using his camera, utilizes his phone in capturing pictures and in sending the images to the newsroom’s breaking news team responsible for posting his pictures on social media. When he arrives first in the area where there is a newsworthy event, he goes on Facebook Live to deliver the initial details.

The multi-awarded photojournalist, a photographer’s son, said he was used to developing films in a darkroom, but when photography shifted to digital, he did not stick to the past. He welcomed it.

The demands for a journalist not to shy away from social media may be exhausting, but Badayos said he has no choice but to set his eyes on changes. JOB