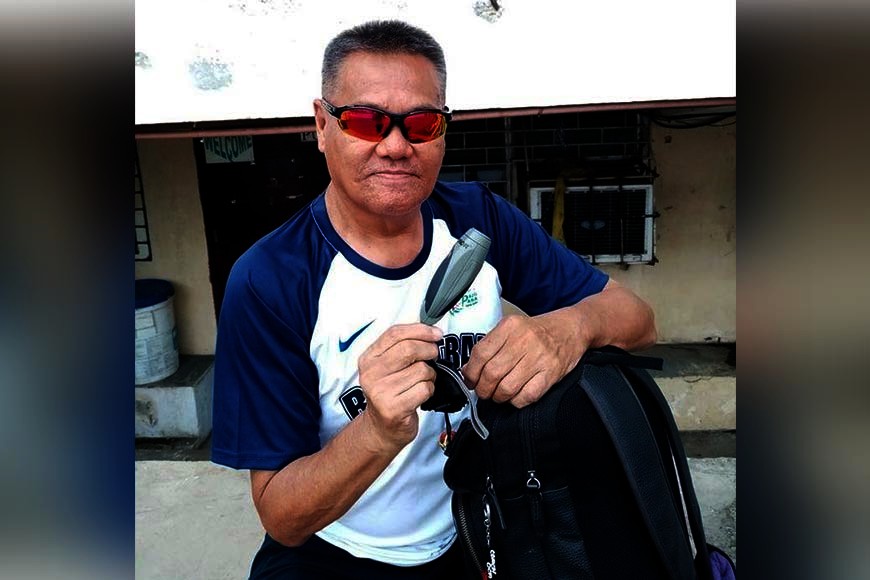 CAGAYAN DE ORO. After the success of the Oro cagebelles in 2019 Batang Pinoy National Finals, departed coach Oscar `Oca' Abucejo always encourages then the MOGCHS dribblers to aim for a championship finish in this year's Provincial Meet of Misamis Oriental. (Supplied Photos)

HE WAS a friend to everyone, not only to the sports community, but also to every Kagay-anon who knew him as the old-strong-jolly-fellow considered as one of the pillars of Cagayan de Oro basketball.

Basketball coach Oscar "Oca" Abucejo, 69, recently passed away around 7 p.m. Monday, September 16, in Polymedic hospital where he was confined for some weeks after his wife had noticed some complications with his speech.

An active coach and basketball trainer until his death, Abucejo was once a stroke survivor who came back strong as a full-time coach and trainer.

He was almost seen daily at the sun-bathed Pelaez Sports Center honing the skills of basketball players from Misamis Oriental General Comprehensive High School (MOGCHS) after recovering from the Intensive Care Unit (ICU) in a private hospital where he recuperated for months.

In the first week of September, Abucejo was hospitalized again shortly after the return of the 172-man Cagayan de Oro contingent from the 2019 Batang Pinoy National Finals in Puerto Princesa, Palawan.

Although he did not join the Batang Pinoy trip to Palawan, Abucejo was part of the training preparation of the Oro cagebelles that played through undefeated (8-0) in winning the team gold in high school girls basketball.

It was revealed later that Abucejo had also complications with diabetic.

Sports friends who already settled in other countries were also quick to react after learning the news.

One of them is Roberto "Bobby" Jalnaiz, a retired amateur boxer from the Philippines who won the gold medal at the 1990 Asian Games in the men's bantamweight (54 kilograms) division.